For honour: Police arrest man who killed his mother

For honour: Police arrest man who killed his mother

The Turnab Farm reside­nt killed his mother and fled
By Our Correspondent
Published: October 14, 2018
Tweet Email 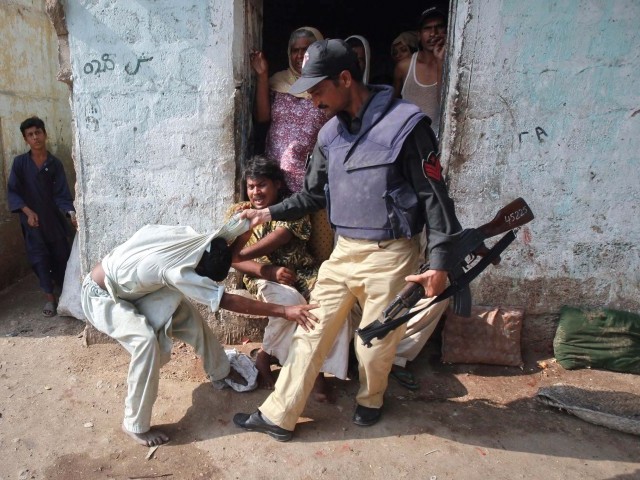 PESHAWAR: Police have arrested a man who had allegedly killed his own mother for honour.

On Tuesday, Noor Wali — a resident of Akhunabad 5 — had lodged a first information report (FIR) with the Phandu Police stating that his sister had been killed by her son Hassan.

Wali, a resident of Akhunabad 5, added that his nephew was upset over the fact that his mother had eloped with another man, Maqbool, and had secretly married him two months ago.

On Tuesday, the Turnab Farm resident killed his mother and fled.

Police registered an FIR in the case and started investigations. A special team was formed to arrest Hassan.

Police managed to swiftly trace him, arrest him and recover the murder weapon.