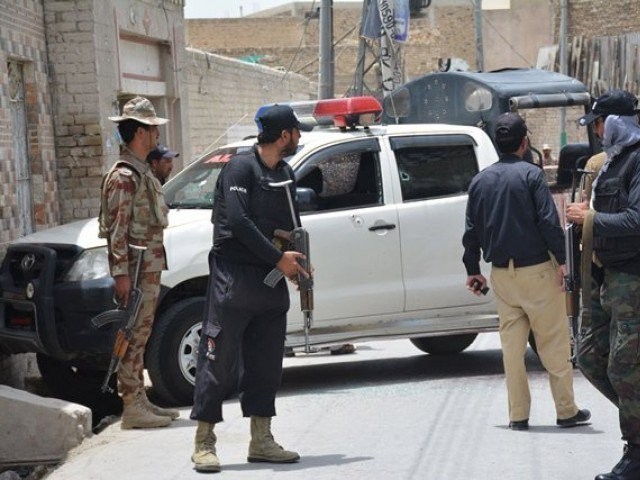 QUETTA  : Unidentified men opened fire over a personal dispute in Sibbi on Wednesday, killing two people including a woman.

According to Levies force, armed men riding a motorcycle opened fire on two people in Tali area, and managed to escape, “A man identified as Lal Muhammad and a woman accompanying him were killed on the spot,” the official said.

The law enforcement agency and rescue workers rushed to the spot and shifted the bodies to the district headquarter hospital for autopsy. Later, the bodies were handed over to the heirs.

“The incident took place due to personal dispute, but the FIR was lodged against unknown persons,” the officer said. “Hunt for the culprits is underway.”

Deputy Inspector General (DIG) Quetta Abdul Razzaq Cheema has said practical measures are being taken to prevent street crimes. Addressing a Police Darbar organised in Police Line, Cheema said an additional 200 personnel would complete their training in October and added that they would also be included in the Eagle Squad.