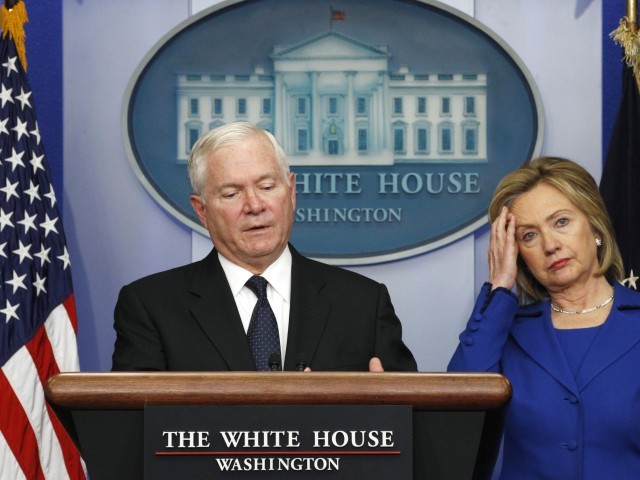 Allied forces have been successful in ejecting the Taliban from Helmand and Kandahar, said US Secretary of Defence Robert Gates.

He was speaking at Asia’s most prominent security summit in Singapore, The Shangrila Dialogue 2011 on Saturday. “We hope to extend that security bubble to the rest of Afghanistan. We have enough evidence to suggest that the Taliban are under pressure,” said Gates on a day when America’s leading journal reports on the Taliban’s brazen attacks last month on key government installations in Kandahar.

“The enemy is smart. The enemy is always a step ahead,” Kandahar’s governor Tooryalai Wesa is quoted as saying by the Wall Street Journal.

As the US prepares to hand over security to Afghan law enforcement agencies by 2014, it is also flirting with the option for a peace dialogue with the Taliban.

Gates grudgingly admitted that the Taliban are “part of the Afghan fabric”, and so talks are necessary for progress, but also said, “The Taliban must severe ties with al Qaeda, put down their arms and abide by the constitution of Afghanistan.”

Though the US has set clear conditions for talks with the Taliban, it still remains unclear on how it will ensure that the Taliban abide by them, especially after 2014. Meanwhile, it seems that the ground is being softened for reconciliation with the Taliban.

A UN committee is considering lifting international sanctions against some former Taliban figures, at the request of the Afghan government. But the war in Afghanistan is far from over. In Singapore Gates told delegates from 27 countries that the US is gearing up for another fight this season, before the Taliban are brought to the negotiating table “this winter”.

“America’s commitment to Asia will extend far beyond putting boots on the ground,” Gates promised.

It is widely known amongst American think-tanks that the US strategy is to beat the Taliban to the negotiating table. As one senior US official put it, “We need to weaken the Taliban in the battlefield, so they have no option but to negotiate on the conditions we have set.”

In Washington, the Obama administration faces a severe economic crunch and rising political pressure to deal with Washington’s $1.4 trillion budget deficit and a debt of more than $14 trillion. “We face serious fiscal challenges at home. And I have culled and cut down military expenditure as much as possible. We are only carrying out modernisation efforts which are absolutely cruical,” Gates admitted at the Shangrila Dialogue.

While the US defence secretary commits to a robust military presence in the region, it is clear that the wars in Afghanistan and Iran have caused a huge strain on the US economy.

The world’s greatest superpower is struggling to maintain its influential role, and the biggest challenges in the years to come will be emerging markets such as India and China, and the baggage of failed strategies in Iraq, Afghanistan and Pakistan.

For now it seems that it will be the fallout of the US’ poorly devised pull-out plan in Afghanistan that Pakistan will be left to deal with, along with the plethora of problems that already exist in the country.