Alban's First Justic­e party, a member of the opposi­tion, called his death a murder­
By AFP
Published: October 9, 2018
Tweet Email 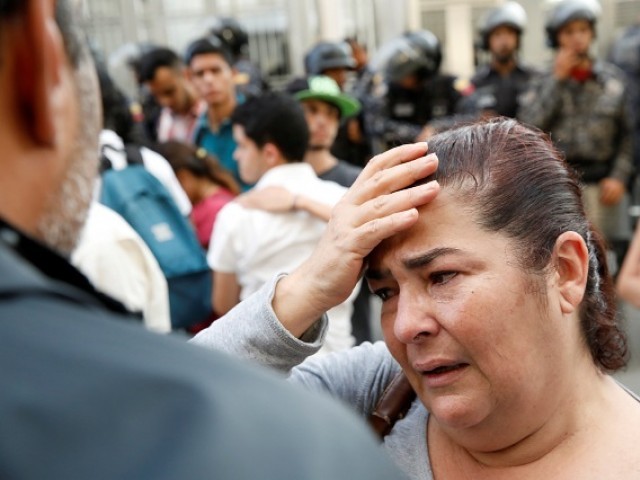 CARACAS: An opposition member alleged to have taken part in a failed exploding drone ‘attack’ on President Nicolas Maduro killed himself in pretrial detention at intelligence headquarters, Venezuela’s top prosecutor said on Monday.

Attorney General Tarek William Saab told state television VTV that Fernando Alban “requested to go to the bathroom, and when there he threw himself off a tenth floor.”

Alban’s First Justice party, a member of the opposition, called his death a murder.

Alban, a city council member from Caracas, was among at least 15 people arrested and charged for alleged participation in the August 4 incident. Maduro was seen reacting on live television to an off-camera explosion while he addressed a military parade in Caracas.

A second explosion was heard and then the assembled troops could be seen breaking formation and scattering in panic.

Maduro said the blasts were from explosives-laden drones sent to assassinate him, though opposition figures accuse Maduro of fabricating the incident to step up repression in his country which is suffering an economic crisis. Alban had been arrested on Friday.

“Those of us who knew Fernando know that he could NEVER have acted against his life,” he said on Twitter.

The city councilman’s lawyer, Joel Garcia, told reporters it was too soon to confirm whether the case was a suicide or not.

Interior and Justice Minister General Nestor Reverol lamented the death of the politician who, he said, was “involved in destabilising acts directed from abroad.”

Venezuela accuses its neighbor Colombia of shielding the authors of the alleged assassination attempt.

The United States in August condemned alleged arbitrary detentions and forced confessions by the Venezuelan government in its investigation of the drone incident.