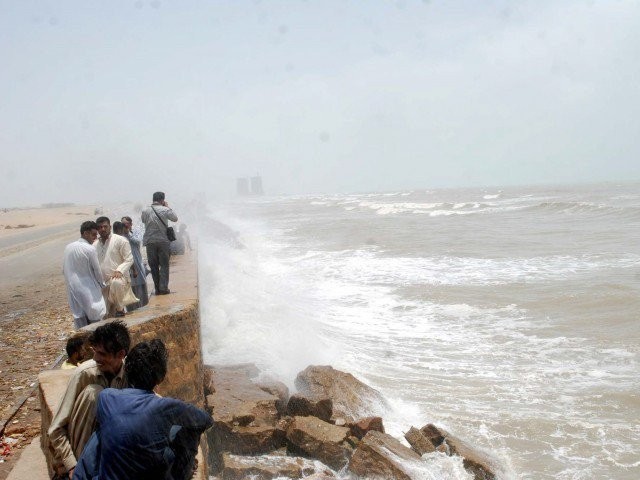 Talking to The Express Tribune, PMD spokesperson Khalid Malik said there were no chances that the cyclone would hit Karachi and other coastal cities of Pakistan. “It has diverted towards Oman and will hit its coastal belts,” Malik added.

It said, “a strong low pressure area (depression) has formed over the southeast Arabian Sea and lays centered at 0900 UTC, Oct 7 near latitude 12.0N and longitude 65.5E, about 1350km southeast of Salala, Oman and at about 1400km south of Karachi, Pakistan.”

The weather system, the department added, is presently moving in north-west direction towards Oman and Yemen coast. This depression is likely to concentrate into a tropical cyclone during the next 24 hours.

Hot and dry weather to continue in Karachi

Meanwhile, according to India Meteorological Department, the storm was some 1,040 kilometers (645 miles) east-southeast of Salalah on Monday morning, moving around 20 kph (12.5 mph).

Forecasters warned the weather system could develop into a severe cyclonic storm with winds gusting to 135 kph (83 mph).

Pakistan pre-winter showers that began Monday will continue for a day or two in upper parts of the country.

“The intensity of these showers will be from light to moderate and will help bring down temperatures in these areas of the country,” PMD spokespersons said.

After this spell, he added, temperatures will gradually fall, and by the end of third week of October, possibilities are that the winter season may begin in the country.