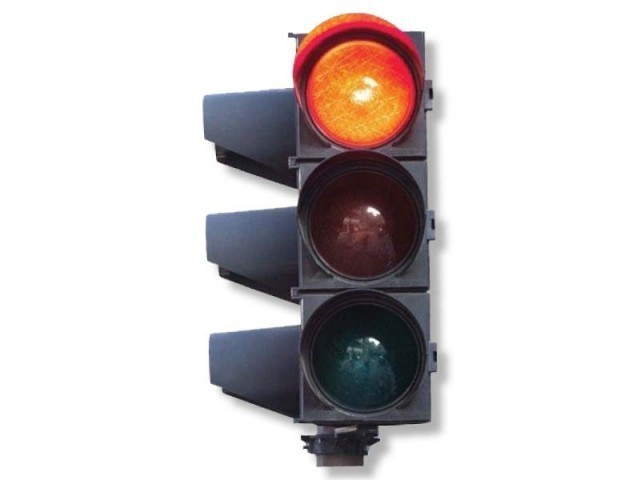 Fatal car accidents and gridlocks have seen an alarming increase in Sialkot. Most of them are because traffic signals are either not working or not installed at busy intersections.

Signal posts on main intersections stand uselessly in the middle of bustling roads; their red, yellow and green lights either malfunctioning or dead. The most affected points are Khwaja Safdar Road, Paris Road, Bher Pali Cantt and other sites. The Khwaja Safdar Road is the busiest area of the city where traffic chaos has become a routine.

A survey by Express News revealed that in view of the increasing accidents, traffic signals were installed at the mentioned spots some time ago. However, due to the negligence of the departments concerned, these signals have been malfunctioning since long and accidents had, therefore, becoming a commonplace.

Many precious lives have been lost as motorcycles, rickshaws and other vehicles collide with fast moving passenger buses, trucks, wagons and cars that pass by the chowk.

Locals brought the issue to the attention of the district administration several times, but the faulty traffic signals have not been repaired and new ones could not be installed. Not only have the hundreds of thousands of rupees, spent by the national treasury on the traffic signals, gone to waste, but precious lives are being lost due to the indifference of authorities concerned.

While speaking to Express News, various political figures and social activists including Zulfiqar Haider, Muhammad Yusuf, Rana Sulaiman and others demanded authorities repair the traffic signals installed in the city to protect citizens.