It is hard to say where this verbal duel is headed but it has certai­nly put Pakist­an in a challe­nging situat­ion
By Shahid Javed Burki
Published: October 8, 2018
Tweet Email 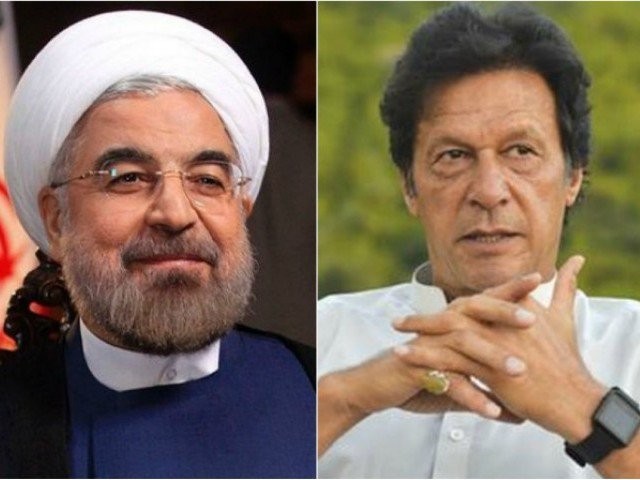 It is hard to say where this verbal duel is headed but it has certainly put Pakistan in a challenging situation. PHOTO: FILE

One of the major foreign policy challenges faced by the new Pakistani government headed by Prime Minister Imran Khan concerns his country’s relations with Saudi Arabia and Iran. These two Muslim nations have a deteriorating relationship with the former being egged on by Donald Trump’s America. Iran’s Foreign Minister, Javad Zarif, was the first senior diplomat to visit Islamabad and meet the new Pakistani prime minister. Saudi Arabia was the first country Imran Khan visited after assuming office. Balancing this relationship will be an important task to be handled by the PTI government.

Pakistan’s relations with Iran started out well after the country gained independence. Raza Shah Pahlavi, then the Iranian emperor, was the first head of state to visit the country and was given a warm reception. While trade and other economic contacts did not develop, for 30 years after independence Pakistan and Iran were on the same side of the then international divide. Both sided with Washington in the latter’s anxiety about the spreading Soviet Union influence in the developing world. Pakistan was encouraged to join a regional economic association that also included Iran and Turkey. The Regional Cooperation for Development (RCD) was intended to bring economic progress to the three countries that were on the periphery of the Soviet Empire. All three were non-Arab members of the Muslim world.

Pakistan to pursue economic ties with Iran despite US sanctions

However, the Islamic Revolution in Iran in 1979 drastically changed the regional dynamics. With the Shah gone into exile, the United States was no longer a friend; it became the Great Satan. The new regime’s followers attacked the United States Embassy in Tehran and took scores of American diplomats hostage. They were kept in confinement for 444 days. During this entire period Pakistan was a strong United States ally and this reflected on relations with Iran. They became distant.

During the campaign for the presidency, Donald Trump threatened to pull his country out of the nuclear deal President Barack Obama had negotiated with Iran in 2015. According to it, Iran was to suspend its efforts to develop nuclear weapons for 10 years and ship to Russia the enriched uranium it had accumulated. Russia was one of the six signatories of the deal, the Joint Comprehensive Plan of Action (JCPOA) signed in July 2015. As President Rowhani put it in an article contributed to The Washington Post on September 23, the JCPOA “had been achieved after 12 years of tough, intensive negotiations.” China, France, Germany and the European Union had also signed. But Israel had opposed the agreement and was probably behind Trump’s promise to scuttle it, which he did soon after assuming office. During the campaign he had called the treaty the worst ever the United States had entered into with a foreign nation.

Trump did not stop with the cancellation of his country’s participation in the arrangement. On July 21, in an all-caps message on Twitter, Trump addressed President Hasan Rowhani, warning the Iranian president of dire results if he continued to speak ill of the United States. “Never ever threaten the United States again or you will suffer consequences the likes of which few throughout history have ever suffered before. We are no longer a country that will stand for your demented words of violence and death. Be cautious!” This was a rare show of anger in a diplomatic discourse.

The tweet, written in capital letters, was sent out at midnight, composed without any consultation with those responsible for watching over United States’ foreign relations. It was said to be a response to the statement by President Hasan Rowhani about a direct confrontation between the Trump administration and its chief adversary in the Middle East. The Iranian president said that a confrontation with his country would be “the mother of all wars” and suggested that Tehran might flex its military might in the Middle Eastern waterways that are crucial to global commerce, in particular the flow of oil to the West.

Tehran was quick to respond to the Trump tweet. Iranian Foreign Minister Mohammad Javad Zarif, who negotiated the nuclear deal, posted a tweet also using capital letters and sending a similar warning as the one delivered by President Trump. “Colour us unimpressed,” he wrote. “The world heard even harsher words a few months ago. We’ve been around for millennia and seen fall of empires, including our own, which lasted more than the life of some countries. Be cautious.” This tweet war brought the possibility of a large conflict right to the Pakistani border.

In the above referred article, President Rowhani explained his country’s position with respect to Trump’s United States. “Silence in the face of open US bullying of other countries to cut economic and trade relations with Iran, in blatant contravention of the established rules of international law, is simply not an option for us.” The Iranian president provided a cogent overview of Washington’s approach towards Tehran.

The article appeared two days before Trump addressed the United Nations General Assembly in which his claim that he was about to complete the two most successful years in the history of the American presidency, drew a laugh from the hall in which sat the representatives of most world nations. Most of the time in the speech was spent on berating Iran. He vowed to increase sanctions on Iran, warning that “any individual or entity who fails to comply with these sanctions will face serious consequences.” The national security adviser, John Bolton, raised the ante using harsh language to threaten America’s allies on the issue of Iran. “We do not intend to allow our sanctions to be evaded by Europe or anybody else.” Then he directed his wrath at Tehran: “If you cross us, our allies or our partners; if you harm our citizens; if you continue to lie, cheat and deceive, yes, there will indeed be hell to pay. We are watching and we, will; come after you.”

It is hard to say where this verbal duel is headed but it has certainly put Pakistan in a challenging situation.