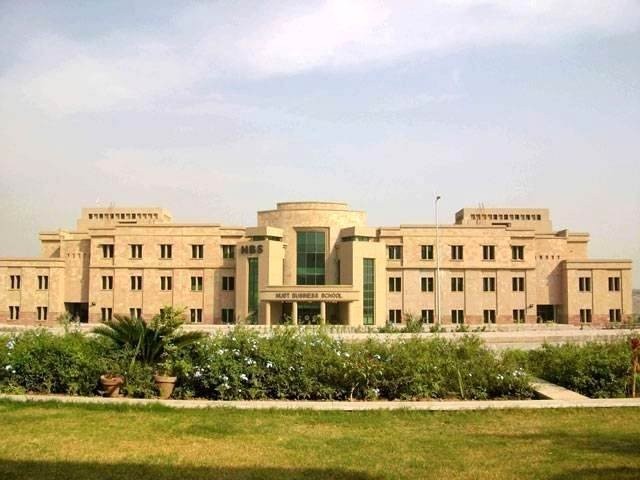 Officials say varsity is in no mood to withdraw controversial notification. PHOTO:FILE

ISLAMABAD: It seems that the vociferous protests by students, activists and government officials on social media were not enough to make a major engineering and technology university budge on its stance of only restricting women from smoking corners.

In a bid to curb smoking in the campus hostels and washrooms, the National University of Science and Technology (NUST) had last month decided to restrict smoking on campus to certain sections of the campus, called smoking corners. However, the varsity faced backlash when, in a subsequent notice, it had barred women from entering these designated smoking areas — by extension of which they were completely barred from smoking on campuses.

A copy of the notification, which subsequently went viral on social media, had stated that girls would be fined Rs1,000 if they were even found in these areas while their parents would be informed.

The notification had drawn the ire from everyone on conventional and social media, terming it gender-biased and discriminatory.

Mazari had said that such a measure would send a “wrong message” to young students that “it is okay to discriminate against women.”

“Banning smoking for all on campus would be far healthier too.”

Aftab Ahmed, a project manager Smoke-Free Islamabad — which had negotiated with the varsity to build the smoking corners as part of a bid to declare the campus smoke-free, had said after the controversy that the notification will be revised to end the gender discrimination.

He had suggested that a revised notification would be issued after the Ashura break. But nearly 10 days on, there is no sign of the varsity recanting.

It has now been learnt that the varsity officials are in no mood to revise the notification with the officials responsible for ensuring the implementation of the tobacco laws failing to convince the NUST to revise or withdraw the notice.

“It [biased anti-smoking policy] is not only discriminatory but the varsity is also violating the law, the tobacco control cells of the health ministry should take notice of this and act against the institution,” said Khurram Hashmi, the national coordinator at the Coalition for Tobacco Control- Pakistan, as he censured NUST for allowing only boys to smoke in the designated smoking corners, noting that there was no provision in the law for creating corners for smoking, segregated or not.

“The law does not give any such relaxation to allow smoking in public places,” he added, adding that if the argument is allowed then other public spaces such as banks, offices, parks and other institutions would feature smoking corners.

Despite repeated efforts, representatives of the university could not be reached for comments.

Under the programme proposed by Tobacco Smoke-Free Islamabad — which has been working with varsities in the capital to make them smoke-free, smoking on campuses. will be gradually eliminated in phases.

As part of the gradual process, initially, all smoking on campuses would be banned, except for the smoking done in designated smoking corners. But gradually these combustive sanctuaries will be abolished within three months.

The Prohibition of Smoking and Protection of Non-Smokers Health Ordinance 2002, bars all kinds of smoking and tobacco use in all places of public work or use, including educational institutions.

Moreover, the law forbids the sale, purchase, storage and distribution of cigarettes or any tobacco substance within 50 metres of any college, school or educational institution.

According to the Ministry of National Health Services Regulations and Coordination’s tobacco control cell, Tobacco kills 108,800 Pakistanis every year (298 per day) and 5000 Pakistanis are admitted to hospitals every day because of tobacco. About 39 per cent of households are exposed daily to second hand tobacco smoke.