Though we cannot avoid crisis, we can learn to reduce its severi­ty and recove­r quickl­y
By Faraz Ahmed
Published: October 8, 2018
Tweet Email 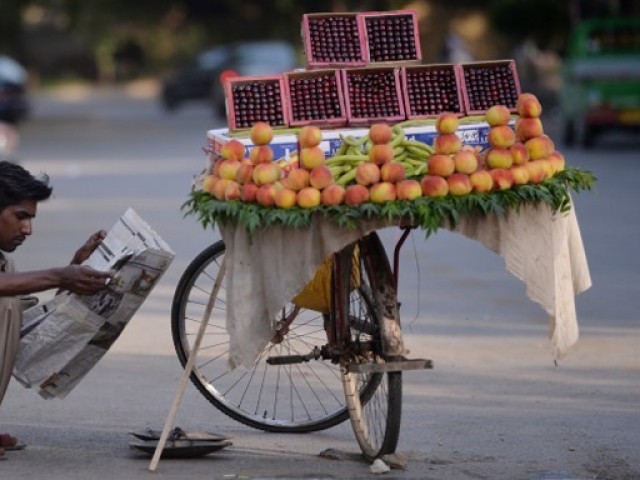 Though we cannot avoid crisis, we can learn to reduce its severity and recover quickly. PHOTO: AFP

KARACHI: The only lesson we learn from history is that we never actually learn from it. We usually don’t remember the things that we shouldn’t have forgotten in the first place.

The financial crisis that jolted the world in 2008 was not the first one and if history can be a guide, it is definitely not going to be the last one.

It is no secret that capitalist systems have many fault lines and it is just a matter of which one triggers the wave first and in the case of 2008 it was subprime mortgage crisis in America. To address the underlying issues leading to the financial crisis, the reforms and quantitative easing drives afterwards were like electric shocks given to a patient in ICU to bring him out of cardiac arrest.

This, of course, does not address the reason why the whole financial system came to a grinding halt in the first place but to keep the system alive as apparently in the financial kingdom there is no succession plans for the ailing capitalist system.

Did the banks stop creating tradable securities based on low quality mortgages now? Have we stopped using derivatives in our financial markets, which are referred to as “financial weapons of mass destruction” by Warren Buffet? Do we have less leverages and tighter regulatory framework on how financial institutes lend and do their business within themselves or with others?

Although some measures like more stringent capital adequacy requirements for banks by Basel III try to reduce the vulnerabilities, this is not the only hole that needs to be plugged.

If we look at the KASB Bank fiasco in Pakistan and how the State Bank of Pakistan (SBP) scrambled to save the banking system, it can give us an idea. It put more stringent capital requirements and looked sceptically at smaller banks for their existence in the near future and the resultant mergers of smaller banks with relatively larger banks.

At least for the accountholders of KASB Bank the agonising pain was temporary but for the shareholders the damage was permanent. The Public Accounts Committee (PAC) recently asked the Supreme Court to take suo motu notice of the KASB Bank deal and termed the merger the biggest scandal in the central bank’s history.

The epic crash at the Karachi stock market during the 2008 financial crisis resulted in the KSE-100 index falling 55%, which caused investors a paper loss of Rs1.4 trillion in market capitalisation. The knee-jerk reaction to put a floor aggravated the situation by denying the basic right of an investor to exit.

Also, since the market was closed, mutual funds were also not able to mark their net asset values (NAV). They were not able to honour redemption calls. On the other hand, leveraged market investors were deafened by the loud margin calls on their positions.

Securities and Exchange Commission of Pakistan’s (SECP) former chairman Shamim Ahmed Khan, who was mandated to conduct an independent inquiry to identify the root causes leading to the crisis, pointed out that members of the board of directors of the stock exchange also happened to be brokers. This created a conflict of interest.

While there were many inquiries conducted in the history of Pakistan dating back to the fall of Dhaka, the willingness to accept the causes of failure and addressing them through practical measures is what we lack the most.

It is naive to believe that we can totally avoid the next crisis by implementing the lessons learnt from all those fact-finding exercises but it will surely help us reduce the severity and recover quickly next time.