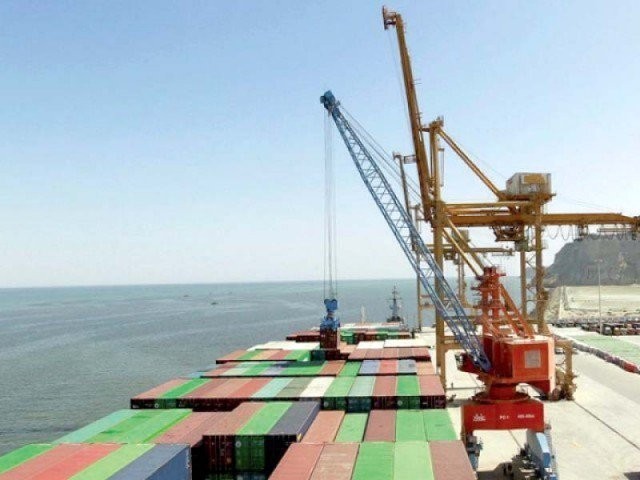 Pakistan can look at examples of Singapore, Hong Kong and Dubai which turned into high-income countries by becoming transit hubs. PHOTO: FILE

ISLAMABAD: Ever since Chinese President Xi Jinping announced the Belt and Road Initiative (BRI) in 2013, Beijing has been facing open hostility from the United States and India.

The United States calls BRI a “Made in China, Made for China” initiative while India says this initiative does not respect sovereignty.

Deep down the issue is power struggle between China and each of the other two. It is clear that a project that covers 70 countries, accounting for two-thirds of global GDP, would be a serious challenge to the US hegemony. Similarly, India would fear being encircled because of the planned trade corridors connecting countries bordering it.

Most other countries including the UK, Germany, France and Russia do not see it this way. They welcomed the initiative and became its part, either to attract a greater share of the planned investment or to gain from lucrative construction projects.

China-Pakistan Economic Corridor (CPEC) is one of the flagship projects of BRI. Most Pakistanis enthusiastically welcomed it when it was first launched about four years ago but in some quarters doubts have begun to set in, with CPEC being blamed for many of the ills currently plaguing Pakistan’s economy.

It is sometimes forgotten that in a short span of four years, CPEC has achieved many objectives including overcoming power shortages as well as linking many parts of the country through fast transport networks.

The critics have three main concerns. First, they mistakenly blame the current financial crisis on the loans acquired for the CPEC projects and the ensuing payments of these loans.

Second, they say the previous government did not negotiate CPEC terms properly and gave Chinese companies tax breaks, which have disadvantaged local companies. Finally, some also feel the roads and other communication networks will only benefit Chinese traders who will be able to move their goods cheaply with Pakistan deriving only meagre benefits.

Link between BOP and China loans

Let us analyse each of these points. Is there a link between the current balance of payments (BOP) crisis and the Chinese loans for CPEC projects?

According to the State Bank of Pakistan, in 2017 Pakistan’s debt servicing amounted to $5 billion, of which only $500 million or about 10% went to China. If we look at the loan portfolio, some 60% of foreign loans are owed to multilateral foreign institutions (42%) and members of the Paris Club (18%).The Chinese preferential loans account for about 10% of the total.

Pakistan faced similar balance of payments crisis in 2000, 2008 and 2013 or whenever there was a change of government. This was more to do with the incumbent governments postponing many fiscal decisions near the end of their tenures but still going on a spending spree to get more votes in next elections.

The second point is about the terms of negotiating CPEC projects and the inability of Pakistani companies to compete with the Chinese ones.

There is no reason why the same treatment cannot be extended to local companies. If and when Saudi Arabia becomes a partner in CPEC, as it is being speculated, it is very likely that its companies will also be given the same concessions as the Chinese get.

Instead of seeking a review of the agreements, it would be much easier for the government to amend its own regulations to provide a level playing field for local companies.Finally, the concern  that the roads and other infrastructure would primarily benefit China and not Pakistan can be addressed by making proper policies concerning the use of these facilities.

Pakistan can gain immensely by becoming a transit hub because of this infrastructure if we can get over our paranoia regarding security. On the other hand, if we deny transit rights to other countries and keep the trade facilitation regime as it is, there is no doubt that Pakistan’s gains will be very limited.

We can learn from the examples of Singapore, Hong Kong and Dubai, which became high-income countries by becoming transit hubs. Countries that do not enjoy geographical advantage similar to ours are aiming to become BRI transit hubs while we are raising doubts about the rare opportunity.