Pollution: Are your civic agencies polluting your water?

Pollution: Are your civic agencies polluting your water? 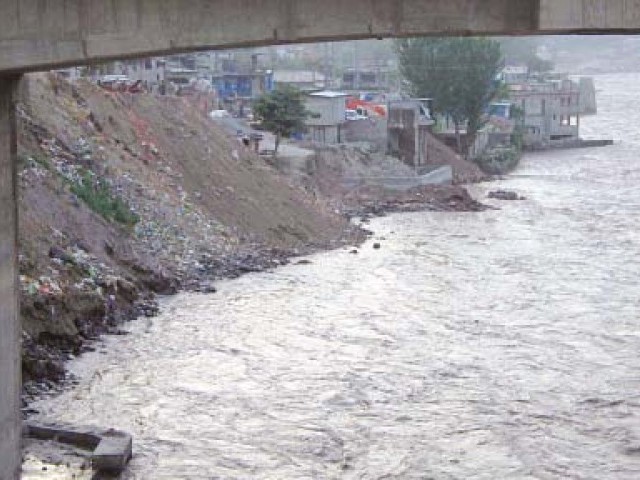 Trash piled up alongside the Neelum River. PHOTO: ROSHAN MUGHAL

The Municipal Corporation seemingly feels that the banks of Neelum River are a safe place to dispose of rubble.

Huge amounts of debris of earthquake-damaged buildings are being dumped into the river which is flowing in the middle of Muzaffarabad. To make things worse, the city’s sewage lines have also been opened to river.

Neelum River, which is also known as Kishanganga, originates from Indian Kashmir and enters Muzaffarabad from Chella Bandi, from where it runs towards the west and joins Jhelum River in Domel.

A large quantity of rubble is also being disposed off in lower Neelum valley, where a road, funded by the Asian Development Bank under the Earthquake Emergency Assistance Program, is being built by a Chinese company. Apart from that, Jhelum River, which flows from Srinagar, is also being used for dumping rubble and sewage disposal.

However, when contacted by The Express Tribune, Environmental Protection Agency Director General Arshad Qureshi said he was unaware of the matter and inquired where the garbage was being disposed. He said he will take all necessary action against them after serving the culprits with legal notices.

The process will take at least one week, he added. He cited the lack of resources and staff members as the reason the situation was overlooked.

The continuous dumping of garbage in rivers is causing a serious threat to marine life and the reservoirs of Mangla Dam.

More importantly, the water in these rivers is used for drinking purposes by a vast majority of the population.

Ironically, none of the non-governmental organisations working for the environment have shown any concern over the conversion of rivers into waste disposal sites.