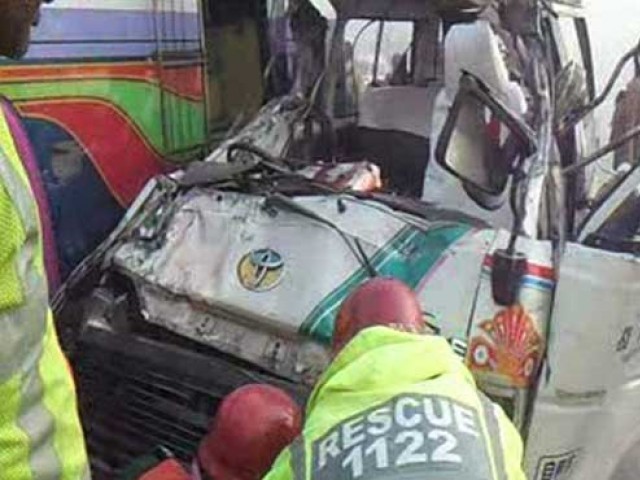 Three people died and 1,090 were injured in 982 road traffic crashes in all 36 districts across the province during the past 24 hours.

Rescue 1122 statistics show that 625 people were critically injured and were shifted to different hospitals. Whereas, 462 people who sustained minor injuries were treated at the site by rescue medical teams.

Majority of the incidents, 86% to be exact, involved motorcycles highlighting the fact that traffic laws and lane discipline need to be effectively enforced to reduce the number of accidents.

The data also shows that 450 drivers, 31 underage drivers, 144 pedestrians and 496 passengers were among the victims of the crashes. The numbers also show that 228 road traffic crashes affecting 225 people were reported in Lahore placing the provincial capital at the top of the list. Faisalabad had 98 crashes with 107 victims followed by Multan with 79 crashes and 87 victims.

In addition to this, 796 motorbikes, 131 rickshaws, 93 motorcars, 45 vans, 13 passenger buses, 26 trucks and 118 other types of vehicles and slow moving carts were involved in the road traffic accidents that were reported.

Transgender candidate vows to secure rights for community in by-polls