FIA submit­s report to specia­l court claimi­ng that former ambass­ador to the US is avoidi­ng appear­ance before court
By Rizwan Shehzad
Published: October 5, 2018
Tweet Email 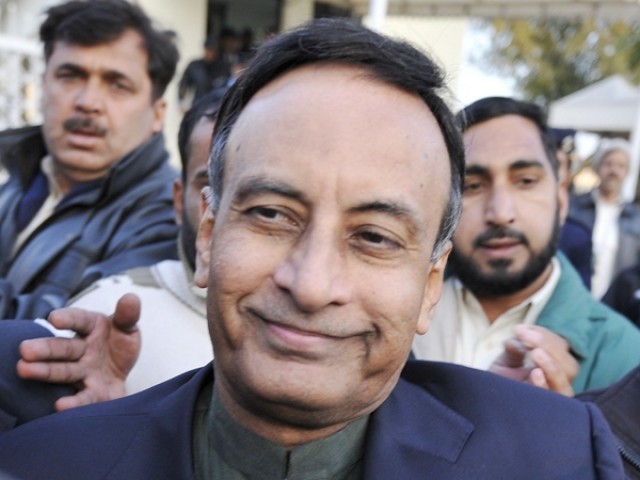 ISLAMABAD: A special court on Friday issued perpetual warrant of arrest for former ambassador to the US Hussain Haqqani on the charges of committing “criminal breach of trust, misuse of authority and embezzlement of funds”.

The warrant was issued by Judge of the Special Court Central Iram Niazi after an officer of the Federal Investigation Agency (FIA), Nadeem Akhtar, submitted a report, claiming that the former ambassador had gone into “hiding and is deliberately avoiding appearing before the court”.

According to the FIA officer, the process of proclamation under Section 87 (proclamation for person absconding) has been completed, and he had personally pasted court orders on Haqqani’s residence in Karachi, ordering him to appear before the court.

Section 87 of the Criminal Procedure Code says that if any court “is satisfied after taking evidence that any person against whom a warrant has been issued has absconded or is concealing himself so that such warrant cannot be executed, such court may publish a written proclamation requiring him to appear at a specified place and at a specified time not less than thirty days from the date of publishing such proclamation”.

Haqqani is the principal accused in the memogate case. In February this year, the Supreme Court had issued Haqqani’s arrest warrant in the same case.  He is accused to have delivered a memo to Admiral Mike Mullen of the US through Mansoor Ijaz, an American businessman of Pakistani origin.

The memo allegedly offered greater government cooperation to the US in return for its backing against Pakistan’s military establishment in the immediate wake of the May 2, 2011 raid which led to the killing of Osama bin Laden.

This issue created a frenetic activity in Pakistan, leading to Haqqani resigning from his position amidst chaos and allegations.

The PML-N, then the main opposition party, had filed a petition in the apex court, asking it to launch an investigation into the memo scandal.