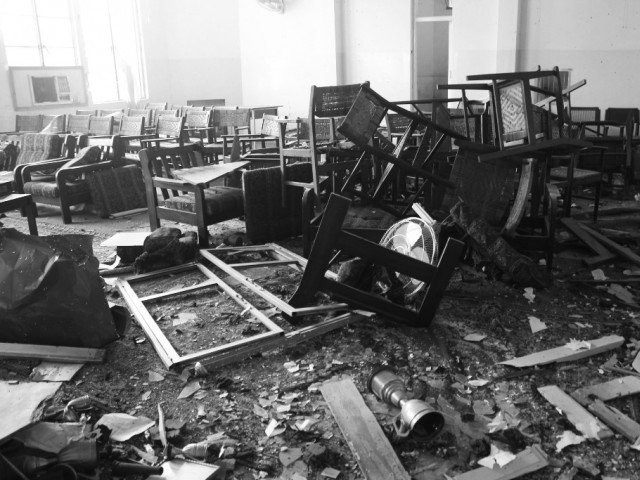 A three-member bench of the top court, headed by Chief Justice of Pakistan (CJP) Mian Saqib Nisar, tasked the commission to submit its report within six weeks after conducting a ‘thorough’ probe into one of the deadliest terror attacks in the country’s history in which 144 people, mostly students, had been killed when militants stormed the army-run school in Peshawar.

The top court has asked the PHC chief justice to nominate a senior judge to head the commission.

During the hearing, the chief justice along with the parents of the APS attack victims regretted that the written order related to the constitution of a judicial commission could not be dictated on the last date of hearing in May due to an unavoidable situation.

“I am sorry for the delay in investigation,” the chief justice said while addressing the parents of the APS attack victims. He said he could not bring back their children but would try to ease their grief.

The chief justice also noted that they only wanted to punish the real culprits of the sad incident.

On the request of the parents, the chief justice expressed willingness to visit the APS on October 16 for Quran Khwani. The parents expressed their gratitude at the bench’s decision. The bench adjourned the hearing of the case for six weeks.

The apex court had issued the directives on an application submitted by the APS Martyrs Forum led by the mothers of the victims. It requested the court to ensure that the government punish all those involved in the attack and those who failed to protect the children.

The martyrs’ parents pointed out a threat alert issued by the National Counter Terrorism Authority (NACTA) in August 2014 about a possible attack on educational institutions run by the Pakistan Army and sought answers on steps taken by the relevant authorities to foil the attack.

Earlier, the parents also approached the PHC seeking trial of former Tehreek-e-Taliban (TTP) spokesperson Ehsanullah Ehsan, who had claimed credit for the gruesome violence on behalf of his group. He had surrendered to security forces in April 2017.

The petition said the bereaved families had found some solace after Ehsan’s surrender but were disappointed as the TTP spokesperson was not made to stand trial.

The parents have been questioning as to what steps were taken by the officials concerned to foil the attack in the backdrop of the August 2014 threat alert about a possible attack on the educational institutions run by the Pakistan Army.

The parents’ application stated that on August 28, 2014, NACTA had, through a letter, informed the provincial government that the TTP had planned to launch a terror attack on the APS and other educational institutions run by the Pakistan Army to kill the soldiers’ children in revenge.