Govt slashes investment in CPEC rail project by $2b

Govt slashes investment in CPEC rail project by $2b 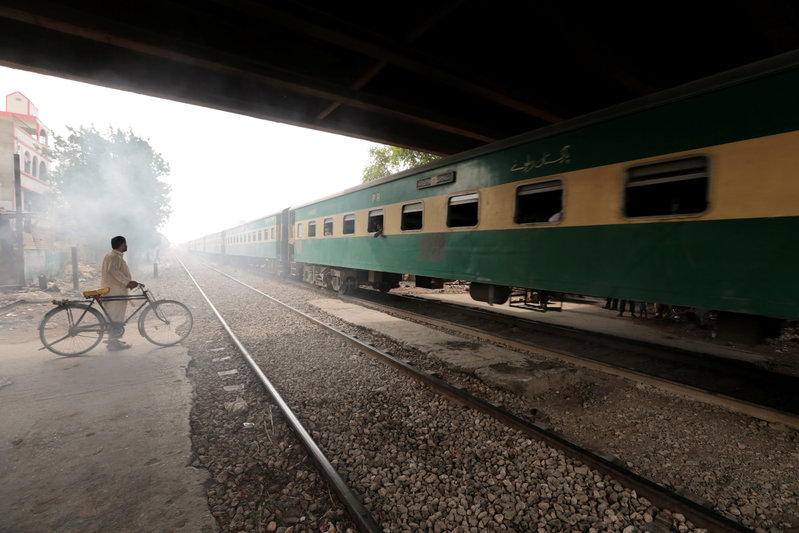 Citing debt concerns, Railways Minister Sheikh Rasheed has announced to bring down the China-Pakistan Economic Corridor (CPEC) investments in Pakistan Railways to $6.2 billion, a move that could halt many projects related to upgrade of the organisation.

The announcement gives credence to the reports that the Pakistan Tehreek-e-Insaf (PTI) led government intends to scrutinise $62 billion infrastructure and power projects, which the last Pakistan Muslim League-Nawaz (PML-N) government initiated under CPEC.

CPEC’s investment share for Pakistan Railways was $8.2 billion, which was to be utilised for upgrading Main Line-1 (ML-1) a colonial-era line stretching 1,872 km from Karachi to Peshawar.

The previous railway minister Saad Rafique had called upgrading of ML-1 as vital for railways future as it would bring as many as 171 trains on track per day against the current number of 32 trains.

The current railways minister, however, said that CPEC’s share has already been reduced to $6.2 billion.

“Pakistan is a poor country that cannot afford huge burden of the loans,” Rasheed told a news conference in Lahore. “Therefore, we have reduced the loan from China under CPEC for rail projects from $8.2 billion to $6.2 billion. CPEC is like the backbone for Pakistan, but our eyes and ears are open,” he added.

Rasheed said the government remains committed to the Karachi-Peshawar Main Line-1 (ML-1) project but added that he wishes to further reduce the cost to $4.2 billion from $6.2 billion.

He said he is the biggest supporter of the CPEC, but also wants minimum debt burden on railways as the nation has to pay back all the investments. He, however, was unable to explain, which projects the management has skipped to bring down the investment.

The changes are part of Islamabad’s efforts to rethink key Belt and Road Initiative (BRI) projects in Pakistan, where Beijing has pledged about $62 billion in financing but the new PTI government is more cautious about the Chinese investment.

The new government has pushed for deeply concessional loans for the ML-1. It has also invited third countries to join or for the Chinese to be investors in the project through the build-operate-transfer (BOT) model that would rely less on debt.

The United States has criticised BRI projects, warning that the loans could turn into debt traps for poor countries unable to pay them money back. Beijing denies the claims, saying the loans are a win-win situation for both countries.

Rasheed further announced that he is going to start a standard gauge track in between Karachi and Peshawar junctions. The existing track is a broad-gauge track and is due to be rehabilitated and upgraded under the CPEC.

The minister did not elaborate whether it will be a new track and whether it would come under the CPEC investments. “In the first hundred days in office, I will initiate 10 new passenger trains, and will bring up cargo train number from 10 to 12 trains daily,” he said.

He said he wished to further expand the passenger base for Pakistan railways to over 70 million. The passenger traffic currently stands at around 55 million annually. “If needed, I will bring down the cost of a ticket to Rs100 to facilitate the passenger,” he claims.

Talking about fresh recruitment in railways, Rasheed said he had got an approval to recruit 20,031 new employees. “We need another 8,000 new workforce if we have to meet certain requirements of the different departments”.

Referring to the pending cases in courts, he said he will hold those defaulters accountable, who are not giving billions of rupees to Pakistan Railways,

He said the entity needs private investors and private sector especially to bring railways marketing section up to the mark. “We need trained marketing people, who unfortunately are missing in the organisation right now,” he said.

–With additional input from Reuters