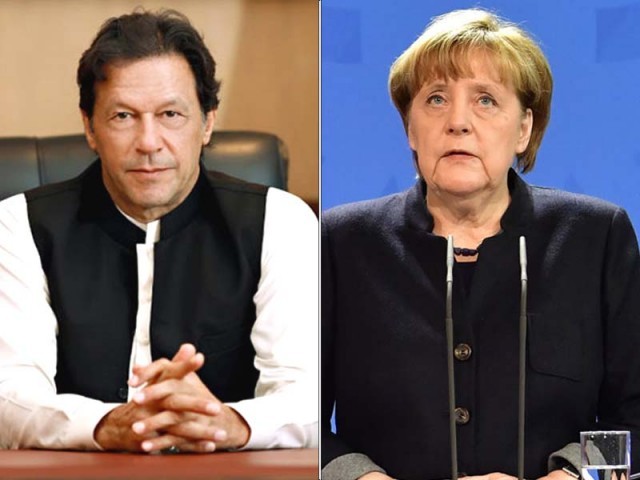 Merkel on Monday telephoned Khan to congratulate him on his election as Prime Minister of Pakistan, according to an official statement issued by the PM Office.

Merkel emphasised the importance of deepening bilateral relations, expressed desire to expand cooperation in diverse fields and work together on issues of mutual interest at the regional and global levels.

PM Imran thanked the German chancellor for her call and reciprocated desire for enhancing partnership with Germany. He added that Germany was the largest trading partner of Pakistan in Europe and there was substantial potential for cooperation in spheres of energy and automobile sectors, and investment in hydroelectric power generation.

According to the statement, Khan also briefed Merkel on the regional situation, especially the importance of a peaceful settlement in Afghanistan and relations with India.

In a related development, PM Imran also telephoned President-elect of Maldives Ibrahim Mohammed Solih to felicitate him on his victory in the recent presidential election.

Underscoring that Maldives was entering a new era, the prime minister hoped that under the leadership of Solih, the country would achieve great success and prosperity.

Both leaders reiterated their resolve to further strengthen the bilateral relations, which are characterised by cordiality, religious affinity and close cooperation.

The Maldivian president-elect also congratulated Khan on assumption of the office of Prime Minister of Pakistan and invited him to visit Maldives at a mutually-convenient date.