Apple can be credit­ed for this trend with the iPhone maker experi­mentin­g with colour­s in the iPhone 5C
By Tech Desk
Published: October 1, 2018
Tweet Email 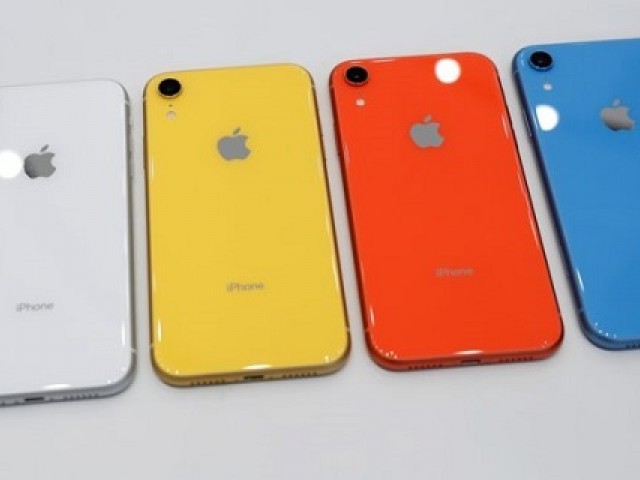 With smartphone makers incorporating every kind of technological development to gather an edge over their competitors, each and every decision counts.

Leading giants Apple, Samsung have already introduced cutting-edge features to their flagship devices leading to a wide range of success for the iPhone and Galaxy series. Leaving no stones unturned, leading smartphone makers have found a new technique to increase their demand for their products – bright colours.

One can give Apple credit for this trend, with the iPhone maker experimenting with colours in the iPhone 5C. Being a cheaper variant, the 5C was already a popular choice for buyers and the colour choices complemented the demand further.

Since then, smartphone makers have gradually introduced more colour variants for their leading devices. Oppo’s recent introduction of a starry purple variant for its F9 handset is an indication that bright colours can stand out in today’s smartphone market.

Similarly, Honor is expected to launch an ultraviolet addition for the Honor Play device while Apple much like the 5C has reintroduced bright colour variants for the cheaper iPhone Xr. Samsung’s Burgandy red and sunrise gold variants for the S9 illustrate the need to innovate in terms of new colours.

Another argument for colour variants is that smartphone cases have an increased variety and are very popular not just for its protection but also as a style statement. Smartphone makers have started to introduce that function in the device itself.

Both the Pixel 2 and Pixel 2 XL came in “special” colour options that were much more popular than the standard black or white models. With special glossy colours, there is a slight problem. These devices are already pricey and any special colour editions only raise the price. Combining that with the objective of creating a separate colour market, the increase in price has an adverse effect.

The One Plus 5T literally kept introducing new colours as a way to keep their market intact. The StarWars edition or the Sandstone white variants were introduced as upgrades to one another despite just being different colours.

At the end of the day, regardless of how appealing the colour may be, its the device specifications and price that cause a considerable impact on a customer but perhaps in the future, particular colours can create a demand of its own.

For now, though, each smartphone giant is experimenting with interesting fauvistic colours and from a consumer point of view, that just means more products to choose from.