Actor hopes to become the first Muslim to travel around the world with less than 100 hours of flying experi­ence
By Entertainment Desk
Published: October 1, 2018
Tweet Email 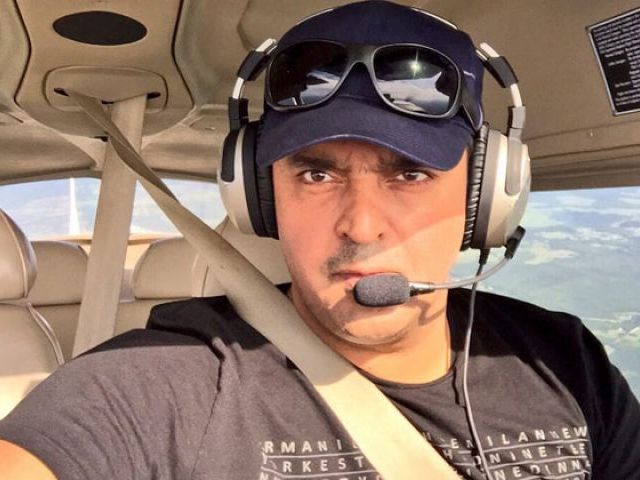 TV host aims to fly around the globe with the least amount of flying experience. PHOTO: PUBLICITY

Three years ago, pop singer Fakhr-e-Alam announced his love for flying and aircrafts. However, after a lot of hard work and determination, the 42-year-old revealed that he is now one step closer to achieving his dreams. He stated that he will be journeying across the globe as part of his project called Mission Parwaaz.

On Sunday, the former Chairman Sindh Censor Board took to Twitter and wrote, “I am happy to report to you all today that after three years of a lot of hard work and persistence, Mission Parwaaz, my attempt to circumnavigate the globe is finally happening.”

Dear all I am happy to report to you all today that after 3 years of a lot of hard work & persistence #MissionParwaaz my attempt to circumnavigate the globe is finally happening. If I succeed I will become the 1st Pakistani in the history of the world to do so. pic.twitter.com/En2NWUX0FH

“If I succeed I will become the first Pakistani in the history of the world to do so,” he added.

In an earlier interview with The Express Tribune, the television host spoke of his motivation behind the journey. “Unlike other countries, Pakistan does not have its name in the general aviation history,” a fact Fakhr hopes to rectify. “This is my tribute to the brave soldiers and the resilient nation of Pakistan.”

His journey across the globe will see him set a world record as he hopes to become the first Muslim individual to travel around the world with less than 100 hours of flying experience to his name.

“I would be the first person to achieve this feat as previously, pilots have attempted such a record with at least 250 hours of flying time; a fact which has been confirmed by the Fédération Aéronautique Internationale (FAI) in Switzerland,” he said.

Prior to Fakhr, almost 200 people have attempted similar flights around the globe.