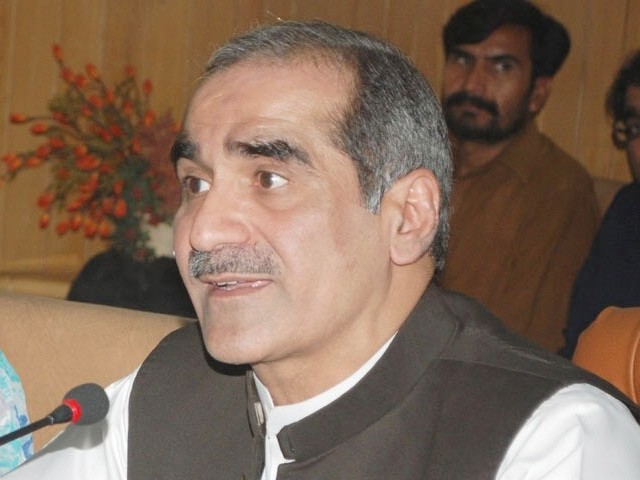 “What an irony,” Rafique lamented and added one brother was with PML-N and the other was against them.

Referring to Haroon, former railways minister said if he was really with the party with all his heart then why he was not coming to the rallies to ask for votes, where was he, he asked.

CJP, Saad Rafique have a heated exchange of words

Rafique said when Haroon was joining the PML-N, party leaders should have thought twice before taking the decision. He also railed against those who brought Haroon into the party saying “it is their poor judgment”.

He added that everyone in his party was aware that these two brothers won’t last a slightest of turbulence.

Humayun switched to PTI, after he was refused ticket by the party, Rafique added.

How Imran can even assume that a person, who has a habit of switching loyalties, would stay loyal with him, Rafique asked.

He appealed to PTI voters not to work for a turncoat. He said these multibillionaires do politics for fun, whereas for them like Rafique it was life.

To the contest he said “it is street against castle”. People should not vote for a person who has no political struggle, he added.

PTI should be aware that people of Lahore have always annihilated turncoats, Rafique stressed and said PML-N does not believe in making personal attack as PTI.

He said that PTI has given a ticket to a person who would have chanted slogans in favour of PML-N if he had been awarded ticket in the general elections.

He said that Hamayun Akhtar should not bank on government support to win that should be a fair play. He also criticised PTI for making China-Pakistan Economic Corridor a controversial project and said if the project was rolled back, it would set Pakistan thirty years back.

On the details revealed by Rafique, the PML-N spokesperson Mariyum Aurangzeb said she has not heard the speech and was not privy to the details of it, so she cannot comment on the matter.

Another minor girl falls prey to stray bullet in Karachi