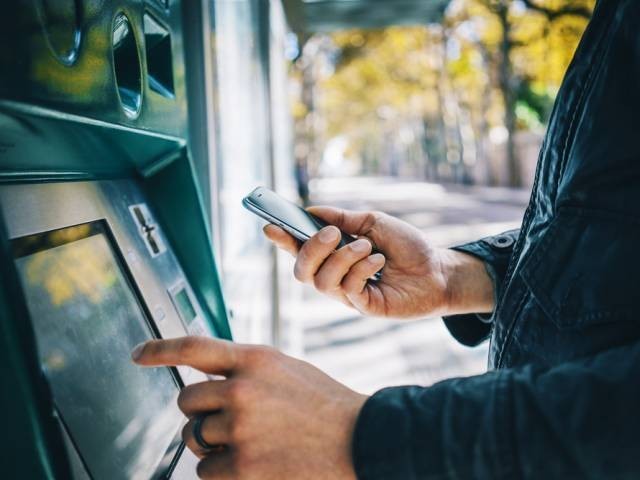 ISLAMABAD: The government has directed the State Bank of Pakistan (SBP) to take necessary measures for making the banking system, specially the automated teller machines (ATMs), accessible to the blind and visually-impaired persons.

The effort is aimed at enabling thousands of visually-impaired Pakistanis to take control of their banking transactions without depending on strangers while using the ATMs.

Finance Minister Asad Umar has asked the SBP to direct commercial banks to make their respective banking facilities accessible for persons with disabilities.

The development came following a letter written by Suleman Arshad – the vice president of PTI’s Persons with Disabilities (PWDs) wing – to the Minister for Human Rights Dr Shireen Mazari regarding difficulties being faced by PWDs while using ATMs.

The human rights minister forwarded the letter to the finance minister who in return asked the SBP to take necessary steps to ensure accessible banking facilities for the visually-impaired persons.

Exact data compiled during Census 2017 on persons with disabilities is yet to be officially released by the government. However, the Census 1998 states that some 0.3 million Pakistanis are blind.

In his letter, Arshad mentioned specific instructions of the SBP, which already exist in this regard but not implemented in letter and spirit by the commercial banks.

Online learning: Education opportunity for disabled out of school youth

“One of the SBP instruction is installation of Talking ATMs,” Arshad said, adding that not all banks were following the standard set by central bank and even those trying to follow were not really up to the mark or practically beneficial for the visually-impaired persons.

The Talking ATM is machine which provides continuous speech to the person who is using it so that he or she can understand what is displayed on the screen and how to choose the correct option.

Giving an example of ordinary ATMs installed across the country, Arshad said when he inserts his ATM card into the machine it says “please wait” and shortly afterwards it directs “please enter your pin number”.

“That’s fine, but what to do next? A visually-impaired person does not know that,” he said. “It is because there exists no labeling on the keypad to identify the buttons… and above all if he presses a button on keypad, the machine does not speak back which key he had pressed.”

He said a visually-impaired person could not determine what exactly he was typing, adding that if he managed to input the pin number somehow, he would not know what button or option to press next as the machine went silent after that.

Arshad said, “There is a certain timeout for the operation at the ATM; and if due to any reason he fails to complete the transaction during that period, the machine ejects the card automatically.”

He added, “When a visually-disabled person manages to enter the pin, the main menu is displayed on the screen. But the screen does not read any of the available options on it.”

He said ordinary ATMs installed countrywide had a talking system but “that is not a complete assistive solution rather it is just a verbal notification of the events happening at the ATM”.

He concluded that a talking machine with proper announcement of each event, complete speech feedback for everything present on screen, as well as instant feedback on each key press can only be labeled as the accessible ATM for visually-impaired persons.

According to Arshad, many foreign countries have such ATMs which are really accessible to a person with blindness. He said the SBP’s current instructions bound all commercial banks “to install the talking ATM’s, but current talking machines are useless for blind persons”.