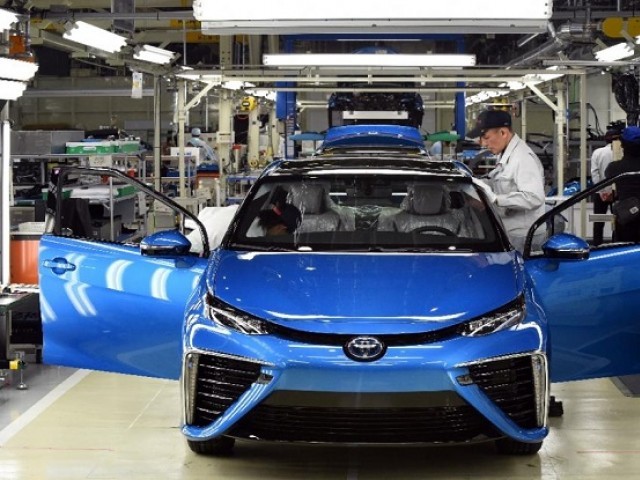 LONDON: Japanese car giant Toyota warned on Saturday that a no-deal Brexit would temporarily halt production at its plant in Derby, central England.

“My view is that if Britain crashes out of the EU at the end of March we will see production stops in our factory,” Marvin Cooke, managing director at the Burnaston plant, told the BBC.

Business minister Greg Clark said the warning highlighted the need for a deal.

“The evidence from not just Toyota but other manufacturers is that we need to absolutely be able to continue what has been a highly successful set of supply chains,” he told the BBC.

“We need to have a deal… we want to have the best deal that will allow as I say not just the success at present to be enjoyed but for us to grasp this opportunity.”

Negotiations between Britain and the EU are currently gridlocked after Brussels rejected Prime Minister Theresa May’s plans, with the clock ticking down until departure in March 2019.