Into the future with Omar Gilani

Into the future with Omar Gilani 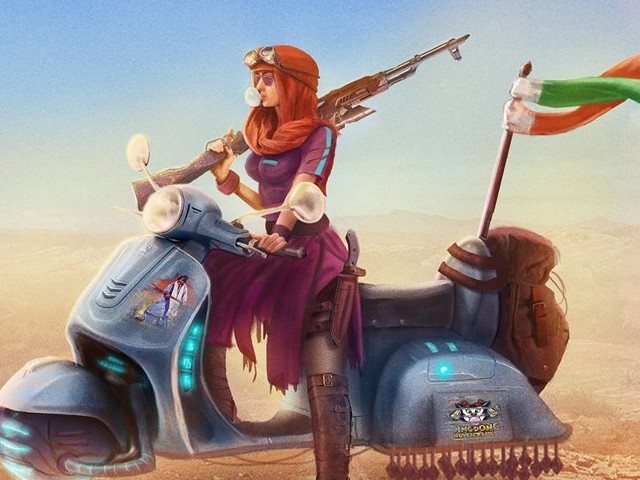 Pakistani digital artist Omar Gilani’s sci-fi paintings created a lot of online buzz last year. In his art, we see a futuristic Pakistan with endless possibilities, ranging from dhoodwalas supplying milk on hovering bikes to half-human, half-cyborg beggars. But Gilani now intends to move beyond digital paintings to create a more immersive experience for his audience.

In collaboration with the British Council and Prince Claus Fund, he is set to display his work in four cities across Pakistan. The exhibitions will be held from October 4 to October 7 in Peshawar, October 9 to October 11 in Islamabad and November 2 to November 4 in Karachi. The dates for Lahore are yet to be finalised. Based on his sci-fi illustrations, the showcase will involve digital paintings, projection mapping, virtual reality, interactive displays, animations, ambient sound, and even a hovering rickshaw. Talking to The Express Tribune, Gilani shared his vision of how he came to expand his desi sci-fi world by employing multiple media.

“I wanted to expand on the idea of mixing the old with the new. That’s a theme that runs through the series and I thought it would be interesting to explore this in the display of the work too,” he said. “So I started experimenting with different media and found some really interesting ways to tell these stories. It’s also something nascent in Pakistan and I’m hoping to share with people so they too can get as excited as I do about things like virtual reality.” 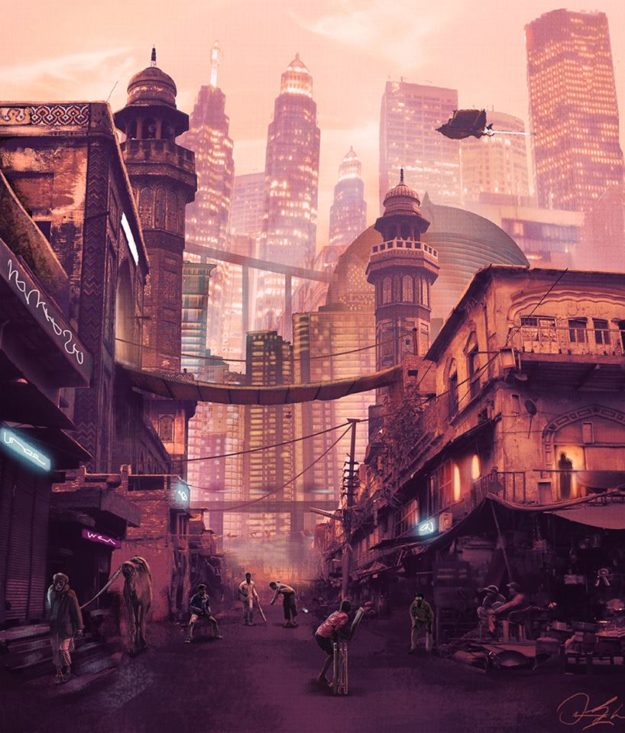 While the digital artist was working on the series, he saw a call for proposals by the British Council and Prince Claus Fund. “The call focused on the expression of cultural heritage in contemporary ways, particularly for younger audiences. That mirrored what I was trying to do with the series and so I applied for the grant, and thankfully got accepted.”

Fascination of the future has run deeply in modern art and there are many paintings, films and TV shows which explore the world. A lot of it is underlined by a certain techno-paranoia (Case in point: British TV show Black Mirror) but Gilani’s vision is more optimistic. “I’m an 80s kid, and so I remember being blown away when I saw the first mobile phone and the first image on a computer, and the first time I used the internet,” Gilani said in an earlier interview. 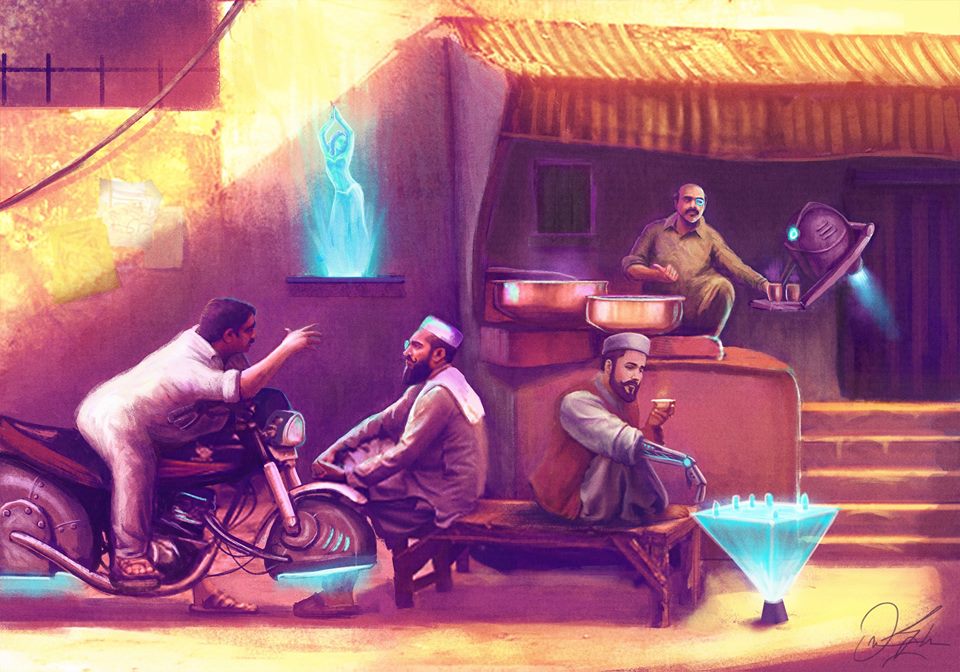 “Fast forward three decades and we’re in this world where tech is ubiquitous for the most part. We are effectively cyborgs, with our basic selves extending beyond natural boundaries through the cell-phone/laptop and the internet. Yet it’s turned out okay, and that’s why I’m fairly optimistic further advancements in tech will turn out okay as well.”

This Pakistani artist’s futuristic depiction will blow you away

With optimism for the future and a past in Engineering and Robotics, the 31-year-old artist has a view of a technologically advanced Pakistan where retro and modern come together to form an amalgam of the dystopian and utopian world. The surprising balance of the two is prominent in his work due to the striking contrast. “Cities homogenise their look and basically become giant extensions of airports. Dubai is a good example of this. I don’t see this happening in Pakistan though. After all, we’re in the 21sst century right now, yet we still have electricity shortages, outdated cultural practices, and donkey-carts on the same road as BMWs. This nation spans several centuries all at once, and is a mixture of several cultures,” he said. It would surely be a techno-dreamy experience as Gilani’s picturisation comes to life in the space of a gallery.

Documentary on boxer Amir Khan to premiere in London today