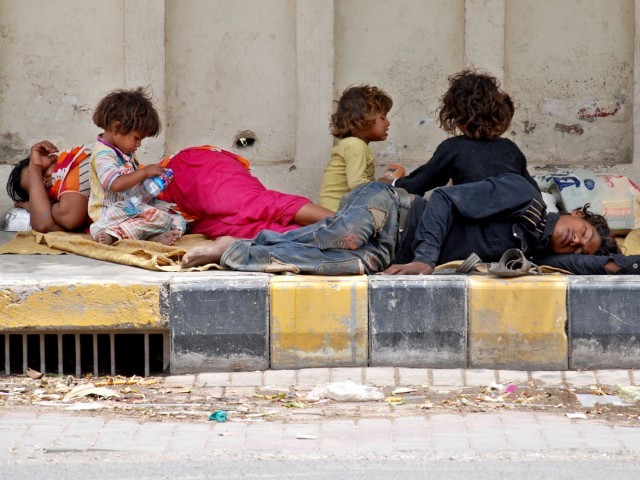 For the third year in a row, the government of Pakistan refused to state how many people in the country live below the poverty line, although estimates based on data provided by the finance ministry in its economic survey suggest that the poverty rate may have increased to an astonishing 43%.

During much of the press conference, both Finance Minister Abdul Hafeez Sheikh and the finance secretary refused to answer the question on poverty and unemployment rates, despite the fact that nearly every journalist present started off by asking about those two key metrics of the nation’s economic health. The question was usually summarily ignored by both the minister and other officials present before the finance secretary finally gave a non-answer, saying that he had no new information on the matter.

“Since the last poverty survey in 2006, there are no new figures on poverty,” said Finance Secretary Waqar Masood, during a press conference that marked the release of the 2011 Economic Survey. “The government is in the process of compiling the results of its new poverty survey and will be able to release the data next year.”

In 2006, the government had determined that 22.3%, a figure that hid the fact that there was an increasingly wide gap between the poverty rates in urban and rural areas. Poverty rates in urban areas are lower by as much as 20% compared to rural areas. The government uses the World Bank’s definition of poverty, which is any person earning less than $1.25 per day. In Pakistan, that figure comes to any person living on less than Rs3,243 per month.

The government has not given any reason as to why it does not produce even estimates of the poverty rates, even though this year’s economic survey seems to include suggestions on how much it might have increased by.

Data from the finance ministry suggest that nearly 75% of the population lives very close to the poverty line and very small changes can push very large numbers of people below it, while relatively medium-paced economic growth can also bring several million people out of poverty as well.