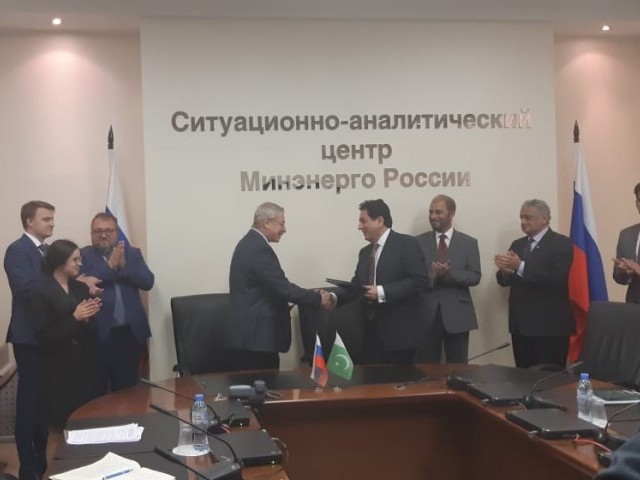 ISLAMABAD: Pakistan and Russia signed a deal on Thursday for conducting feasibility study on a planned $10-billion offshore gas pipeline, an idea coined by Moscow to capture the energy market of Pakistan.

ISGS – a state-owned Pakistani company established to handle gas import projects which is already working on schemes like the Turkmenistan-Afghanistan-Pakistan-India (Tapi) gas pipeline – has been designated by Pakistan for executing the pipeline project along with Russia’s energy giant Gazprom.

Gazprom will conduct the feasibility study and bear its expenses in order to assess economic viability and cost of the project.

The China-Pakistan Economic Corridor (CPEC) has now entered the industrialisation phase and needs gas for duty and tax-free Special Economic Zones (SEZs). The offshore gas pipeline will meet energy needs of the industries being set up in the SEZs along the CPEC route.

According to officials, the pipeline will connect Pakistan and Russia and act as an energy corridor between the two countries.

“Strategically, it is a very important project as the two countries will come closer to each other,” an official said. “At the same time, Pakistan will gain access to the Russian market in order to boost its overall exports which remained stagnant during five-year tenure of the PML-N government.”

Russia has nominated Public Joint Stock Company Gazprom for implementation of the project. Pakistan’s cabinet has permitted the company to conduct the feasibility study at its own cost and risk.

Separately, ISGS is working on the $10-billion Tapi gas pipeline which will connect South and Central Asia. Construction work on the scheme in Pakistan is planned to start in March 2019.

These projects are termed game changer for Pakistan as they will not only lead to regional connectivity, but will also meet growing energy needs of the country.

Owing to a long-running tussle with Europe and the US over the annexation of Ukrainian region of Crimea, Russia is looking for alternative markets and wants to capitalise on increasing energy demand in South Asia.