Ghani’s visit to Ghazni was aimed at assess­ing the securi­ty situat­ion in the city
By Reuters
Published: September 27, 2018
Tweet Email 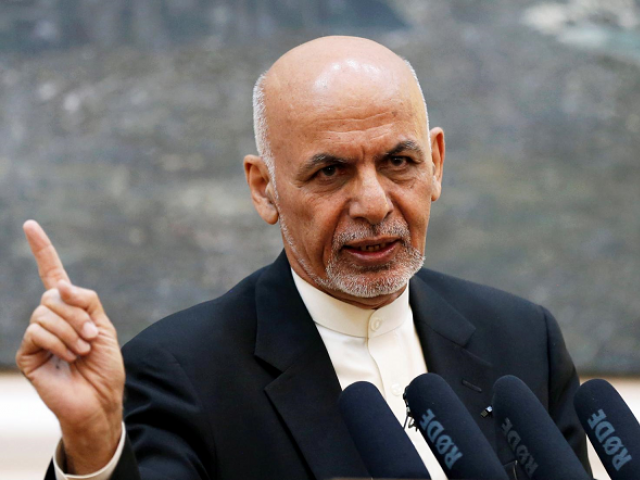 Ghani’s visit to Ghazni was aimed at assessing the security situation in the city. PHOTO: REUTERS

GHAZNI: Multiple rockets hit the Afghan city of Ghazni on Thursday during a visit by President Ashraf Ghani, according to officials and residents of the city, which is still struggling to return to normal after it was overrun by Taliban fighters last month.

At least two rockets landed within 300 meters of the governor’s compound, where Ghani was meeting local officials, while a third struck further off, said Ahmad Khan Sirat, spokesperson for Ghazni police.

There was no word on any casualties but light and heavy weapons fire could be heard, he said.

Ghazni, on the main highway between the capital Kabul and southern Afghanistan, still bears the scars of days of heavy combat last month when hundreds of Taliban fighters stormed the city and overran large parts of the center.

The attackers were eventually driven off with heavy losses by Afghan forces backed by US air strikes but the assault caused shock across Afghanistan, underlining the insurgents’ ability to mount large scale attacks on major cities.

Ghani’s visit to Ghazni, accompanied by his wife, was aimed at assessing the security situation in the city.