Pakistan’s economic growth likely to slow down to 4.8%

Pakistan’s economic growth likely to slow down to 4.8% 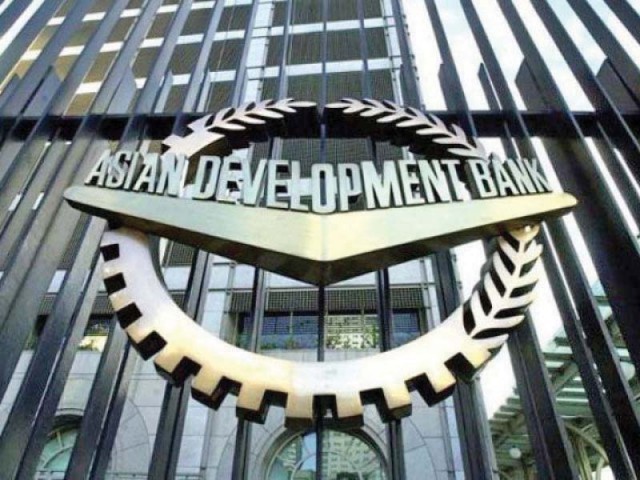 It cautioned that the key challenges are to adopt right reforms and achieve a good outcome to sustain public support. PHOTO: FILE

ISLAMABAD: The Asian Development Bank (ADB) has cut its economic growth forecast for Pakistan to only 4.8% and increased the inflation estimate to 6.5% while urging the new government to take immediate corrective measures to take pressure off the budget and external account.

The ADB’s assessment points to the emergence of stagflation that the country had left behind five years ago. The lender expected a further increase in interest rate and currency depreciation.

The ADB released its fresh assessment on the eve of a staff-level visit of the International Monetary Fund (IMF) to Islamabad. The IMF is going to recommend some harsh steps that are necessary to address macroeconomic challenges.

The fate of the China-Pakistan Economic Corridor (CPEC), currency weakness, hike in interest rate and sale of loss-making public sector enterprises are expected to be on top of the to-do list of the IMF.

In a veiled reference to CPEC debt obligations, the ADB underlined that Pakistan’s macroeconomic resilience and higher growth, which is more sustainable and inclusive, critically depends on vigilance in ensuring that new external liabilities are phased in responsibly.

The bank cut its economic growth projection for Pakistan to 4.8%, suggesting a deceleration for the first time in six years. Pakistan has set the GDP growth target at 6.2%, which the new government has not yet revised downwards.

The ADB increased its inflation forecast from 4.8% to 6.5% due to adverse impact of currency depreciation and tax measures announced in the mini-budget last week.

Challenges to maintaining the growth momentum are tighter monetary and fiscal policies to contain domestic demand, currency depreciation and tension in the global trade environment, said the ADB.

It also accounted for the impact of the mini-budget and its suggestion to take more urgent measures indicate that the lender is not satisfied with the short-term measures announced by the government.

The ADB stated that even the 4.8% economic growth would hinge on mobilisation of substantial external financing for orderly reform to reduce the large external and domestic imbalances. Such resources may be acquired from bilateral and multilateral sources, the diaspora and international capital markets, it added.

It cautioned that the key challenges are to adopt right reforms and achieve a good outcome to sustain public support.

The ADB also said the State Bank of Pakistan may further raise the interest rate as part of monetary tightening. The central bank will announce the new monetary policy on coming Saturday.

It noted that Pakistan has already increased interest rate by 1.75% to 7.5% and let the currency depreciate by 11.2% since January this year. The 1.75% increase in interest rate was the highest in Asia.

In the case of depreciation, India was the only country whose currency has lost over 12% of its valule which is more than Pakistan’s 11%.

In 2018, Pakistan’s economy will be the sixth fastest growing economy among eight South Asian peers. The ADB’s forecast shows that only Sri Lanka and Afghanistan will be growing at a pace slower than Pakistan’s in the year.

Three regional economies – India, Bangladesh and Bhutan – are projected to grow more than 7%. Nepal and the Maldives are also expected to grow at higher than Pakistan’s growth rate.

The ADB said water shortages in some areas are likely to restrain agricultural production in this fiscal year. Growth in manufacturing and services will likely be affected by fiscal and monetary tightening, it added.

On top of dealing with macroeconomic imbalances, the new government has to undertake tariff reforms to contain rapidly rising intercompany arrears in the energy sector, called circular debt, which exceeds Rs1.4 trillion or 5% of GDP.

The government on Tuesday deferred up to 61% increase in electricity prices. Gas prices have already risen by up to 143%.

But it said the focus over the medium-term must be to further enhance the revenue base to enable durable expansion in funding for social welfare and infrastructure that is necessary to lift growth.