The court had furthe­r direct­ed an anti-terror court to conclu­de the trial within two months­
By Our Correspondent
Published: September 25, 2018
Tweet Email 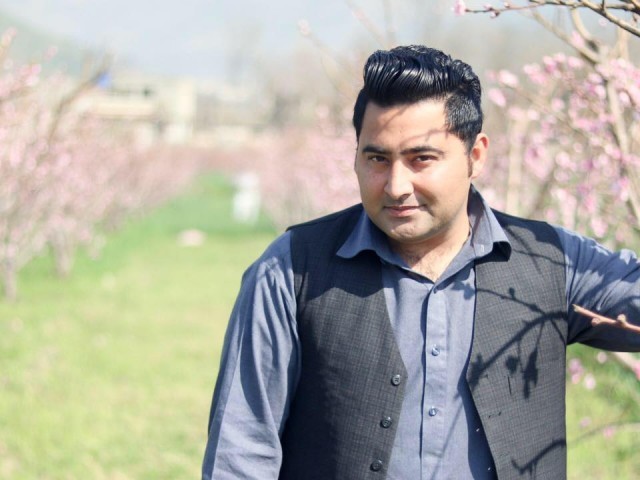 PESHAWAR: The bail of one of the prime accused in the Mashal Khan murder case was rejected by the Peshawar High Court on Monday.

The decision was taken by a single bench of the Peshawar High Court (PHC) on Monday, comprising PHC’s Chief Justice Waqar Ahmad Seth, as it heard the bail application filed by Asad Katland through his lawyer Akbar Zaman Khattak.

Katlang, considered to be one of the prime accused in the case, was an employee of the Abdul Wali Khan University where the incident had taken place and was at large until August.

When the case came up for hearing, Barrister Amirullah Chamakani — who is representing the state and Mashal’s family in the case — argued before the court that the PHC has already dismissed bail applications of other accused in the case.

Hence, he urged the court to dismiss Katlang’s application as well. Chamakani contended that clear evidence was available which proved Katlang’s involvement in the case, noting that he could be identified in at least three videos showing Mashal’s lynching.

He, thus, requested the court to dismiss his bail application just like the applications of others in the case.

Katlang had initially secured bail-before-arrest. However, on July 17, 2018, an anti-terror court (ATC) judge had cancelled his bail and he was arrested from the court premises in Mardan.

Mashal, a 23-year-old journalism student at the Abdul Wali Khan University in Mardan, had been lynched by a mob on Apr 13, 2017, after being accused of blasphemy. After the investigation, it was found that no blasphemy was committed and the lynching was ruled a politically-motivated murder.

The K-P government and Mashal’s family, considering the punishment to be lenient, had filed appeals against the punishment awarded. The appeals are still pending before the court. Three accused including Sabir Mayar, Izharullah and Katlang had been at large for months before they were arrested.

Mayar had been declared a proclaimed offender after remained absconding from the court for 11 months in the case. He finally handed himself over to the Mardan police on March 19, 2018. Izharullah was arrested from the Saddar area of Mardan on an intelligence tip-off in April.

Last month, the PHC had rejected bail applications of Mayar and Izharullah. The court had further directed an anti-terror court in Peshawar to conclude their trial within two months.

The order was issued by a single bench of Justice Muhammad Nasir Mehfooz while hearing the bail applications of Sabir Mayar and Izharullah alias Johnny, both of whom requested their release on bail till the trial is completed by the ATC.

Both the accused in their petition “ensured” they will be appearing before the trial court whenever they need be and will cooperate with the authorities. Mashal’s father, Muham­mad Iqbal was represented by Barrister Amirullah Cham­kani, Ayaz Khan, and Fazal Khan Advocate. They contended that there is no law which validates bail to an accused charged under the anti-terror laws.

The judge after hearing arguments rejected their plea of bail and order that both will stay locked up till the trial is completed.