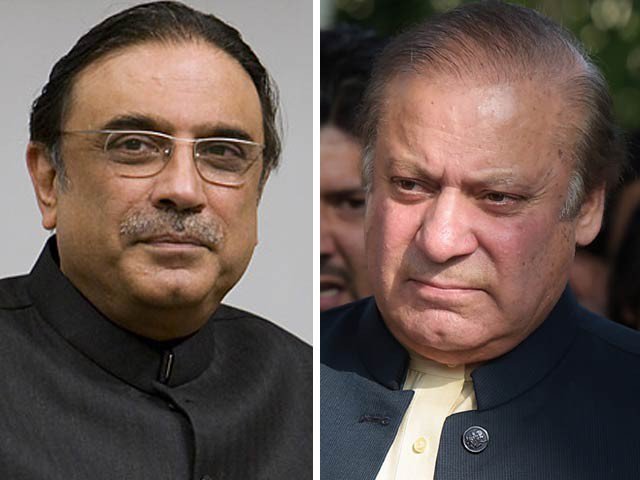 LAHORE .: The Pakistan Muslim League-Nawaz (PML-N) once again reached out to the Pakistan Peoples Party (PPP) for forming an alliance during the upcoming by-elections scheduled for October 14, The Express Tribune learnt on Sunday.

It was further revealed that Nayyar has sought time for Haq to talk to the PPP’s senior leadership over the issue of forming a possible alliance.

Haq told The Express Tribune, “I meet with Nayyar to seek PPP’s support on some seats only.”

He said the PPP leader expressed that both the parties should team up for the upcoming by-elections and allow the runners-up (from whichever party he may belongs) in the general elections to be considered as a joint candidate.

The PML-N chairman said the PPP leader had sought time to consult with his party nd get back to us after that.

However, Bukhari said that the PML-N had mooted the idea of forming an electoral alliance for the upcoming by-elections.

“They have asked to formally present their proposal to them by Monday, so they may take it before the senior party leadership for final consultation.”

He said, “Nothing has been agreed upon in Sunday’s huddle.”

It is pertinent to mention that the PML-N has been desperately trying to forge an alliance with the PPP since after the elections, but in vain.

By-polls in 41 National Assembly and provincial assemblies’ constituencies have been scheduled for October 14.

Of those, there were eleven National Assembly seats and 26 provincial assembly seats that fell vacant due to different reasons.

NA-56 (Attock) seat was vacated by Maj (retd) Tahir Sadiq of the PTI who retrained the NA-55 seat that he had won. Ghulam Sarwar Khan also vacated NA-63 and retained NA-59 (Rawalpindi).

Another seat of Lahore, NA-124, was vacated by PML-N leader Hamza Shehbaz, who retained his provincial assembly seat.

The election in NA-60 (Rawalpindi) was postponed due to disqualification of Hanif Abbasi. The elections of NA-103 (Faisalabad) were postponed after a contesting candidate had died.

The 13 provincial assembly constituencies are from Punjab, nine from Khyber-Pakhtunkhwa and two each from Sindh and Balochistan.