Heavy showers expected in upper parts of the country

Heavy showers expected in upper parts of the country 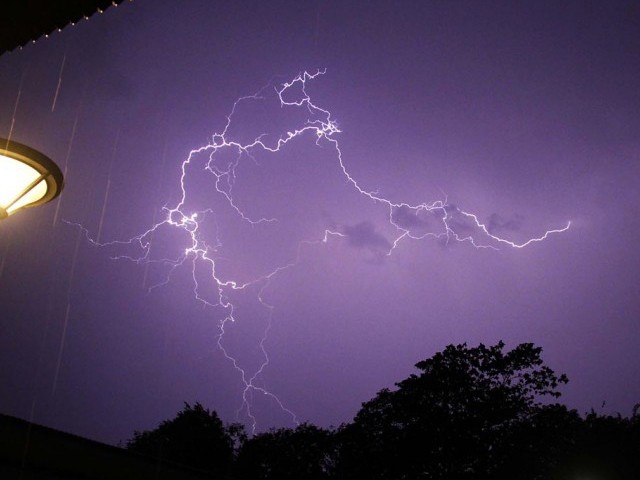 Official says rain and gusty winds are expected in scattered places in the country. PHOTO: ONLINE

ISLAMABAD: Experts have asked Pakistan to remain vigilant as India ‘may’ release excess water in the rivers which could generate medium-to-high riverine flooding as heavy showers are expected in the upper catchment areas from September 22 to 24.

A senior official, while talking to The Express Tribune in the wake of alert issued by the National Disaster Management Authority based on the Pakistan Meteorological Department’s latest weather predications, said, “If there will be heavy showers in the upper areas then chances are that India may release excess water causing medium-to-high floods in the rivers and vice-versa.”

In the weather alert issued by the NDMA on Friday, the authority also requested the departments concerned to remain cautious as extreme heavy showers were expected along Gujaranwala from Saturday to Monday.

The official said that since tensions had been simmering between the two nuclear-armed neighbors, “it is difficult to talk much about the release of excess water in Pakistan by India”.

Meanwhile, a weather alert issued by the NDMA also stated, “However flood situation in river Sutlej and Ravi will depend upon the outflows from Indian Reservoirs.” It further stated that high to very high flood situation was expected in River Chenab and flows were also likely to increase in River Jehlum. Therefore, the departments concerned had been requested to ensure necessary precautionary measures to avoid any loss of life or property, it added.

On the other hand, the Met office has predicted that temperatures may rise one to two degrees centigrade in Karachi in next one or two days.

Talking to The Express Tribune, Met office spokesperson Khalid Malik said that on Saturday mercury in Karachi had touched 40 degrees centigrade and was expected to reach 41 degrees centigrade on Sunday. He said it was not a heatwave but a routine rise in temperature in Karachi.

“Sea breeze is expected to start blowing in Karachi from Saturday evening which will cause comfort among the residents,” he said.