Curren­t predic­tions are that humans will reach Mars in the coming decade­s
By AFP
Published: September 22, 2018
Tweet Email 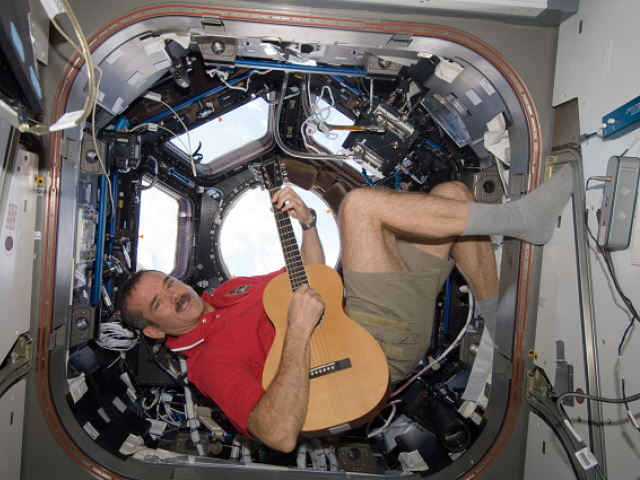 OTTAWA, CANADA: Astronauts traveling through space on the long trip to Mars will not have the usual backup from mission control on Earth and will need to think of themselves as Martians to survive, Canada’s most famous spaceman half-jokingly said on Friday.

Current predictions are that humans will reach Mars – up to 400 million kilometers (250 million miles) from Earth – in the coming decades.

But the vast distance means communications with mission control would be delayed by up to 22 minutes.

As a result, astronauts would need to be self-reliant on the voyage, which clocks in at 2.5 years round trip in travel time alone.

“If I were commander of that crew as soon as the Earth started fading in the rear-view mirror, I would get the crew together and say: ‘We are no longer Earthlings, we are now Martians. That’s who we are. We need to redefine our relationship with the planet that birthed us,'” former astronaut Chris Hadfield said.

“It’s going to be very difficult not having Mother Earth next to you and it’s going to be really important for that crew to define who they are as the most distant explorers in human history,” he said.

Hadfield, whose 2013 rendition of David Bowie’s “Space Oddity” aboard the International Space Station was watched by millions, was taking part with fellow astronauts in a fireside chat with students at the University of Ottawa.

Robert Thirsk – who holds the Canadian record for the most time spent in space – said new Canadian Space Agency recruits Joshua Kutryk and Jenni Sidey-Gibbons “are going to go to deep space, returning to the moon, to an asteroid … and then 20 years from now we’re going to be on the surface of Mars exploring.”

In the short term, “the idea of living on the moon … is becoming very, very real,” said Kutryk.

The Canadian astronaut was on hand for last week’s final tests in the southwestern US desert of the Orion interplanetary spacecraft, designed as he said to “will bring humans back to the moon in the next few years.”

In the coming months Canada will launch three satellites, Canadian astronaut David Saint-Jacques will travel to the ISS, and NASA’s OSIRIS-REx mission to study an asteroid which will blast off carrying Canadian sensors.