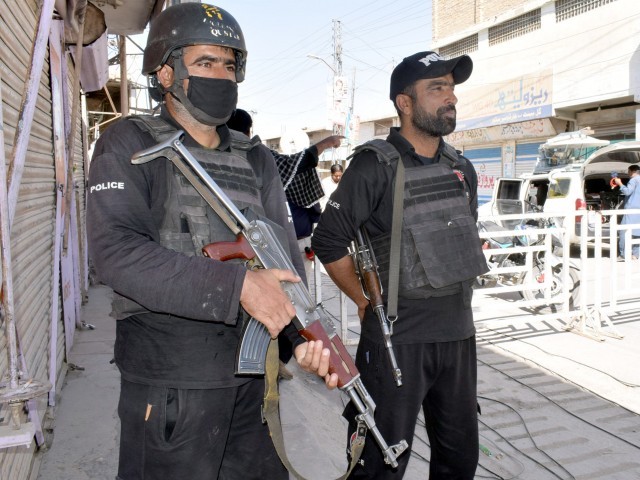 QUETTA: Like previous years, this year also the provincial government has closed the Friendship Gate at the Pak-Afghan border and the Zero Point at Pak-Iran border as precautionary measures for Ashura (Muharram 10) security.
Processions in connection with Ashura will be taken out across Balochistan while the central one will commence from Quetta’s Toghi Road at 8am.

At least 5,200 police officers and 2,000 Frontier Corps troops have been deployed for security of the Ashura processions in Quetta. Three battalions of the Pakistan Army will be on standby to prevent any untoward situation.
The Quetta police has completed checking and sweeping of the procession route while all shops and markets on Quetta’s Prince Road, Toghi Road, Macongy Road, Alamdar Road, Abdul Sattar Road, in Liaquat Bazaar, Qandhari Bazaar, at Meezan Chowk and Art School Road have been sealed.
The provincial government has installed extra CCTV cameras across the city to monitor the procession while a police control room has been established at the IGP Office. Arial surveillance of the procession will also be conducted.

The provincial government has closed the Friendship Gate at Pak-Afghan border and halted all trade activities at the Zero Point of the Pak-Iran border. Security checking at Quetta’s entrance and exit points has already been beefed up while all vehicles are being checked.
Mobile phone services across Quetta have been suspended. The services will remain suspended from 8pm on Thursday till Friday midnight. Keeping in mind the security threats on Ashura, the provincial government sent a letter to the federal government asking them to suspend mobile phone services.