The LG system of Sindh and Baloch­istan are not differ­ent
By Sarwar Bari
Published: September 21, 2018
Tweet Email 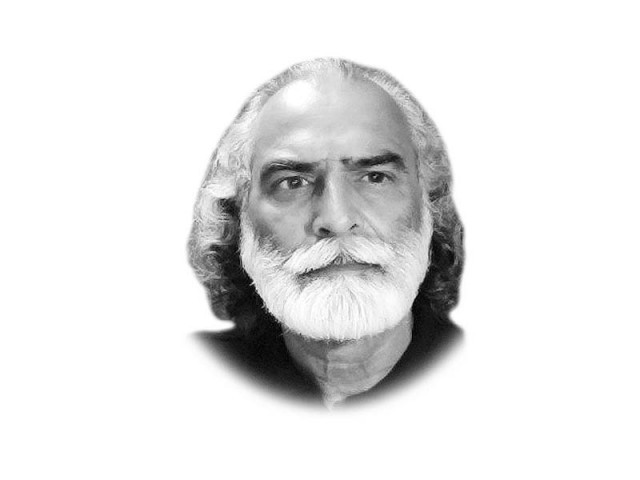 The only good thing about the Punjab Local Government systems is — its sheer presence. Strangely, the Pakistan Tehreek-e-Insaf government seems to let this decadent LG system to continue in its current form till November 2019, when it will complete its tenure. The PTI statement, however, doesn’t elaborate whether it will introduce any improvements in the working of the system. Letting it to continue as it is will be a joke with the 110 million people of Punjab. Imran Khan, the country’s prime minister, has reportedly said, “People should take their decisions on their own, which is not possible without ensuring a strong local government system.” The present LG system is neither strong, nor does it represent the people. Then what is to be done? Should it be allowed to complete its tenure in its current form? Should it be reformed through amendments in light of the Constitution or should it be dissolved and replaced with a new law? Is there an ‘out-of-the-box’ solution?

A good local government system consists of three main powers and responsibilities: political, financial and administrative. Equally, it must be representative of all sections of society. Our law provides sufficient direction and vision in this regard. Consider Article 32 of the Constitution. “The State shall encourage Local Government institutions composed of elected representatives of the areas concerned and in such institutions special representation will be given to peasants, workers and women.” Article 140A further elaborates the nature of the LG system. It says, “Each Province shall, by law, establish a local government system and devolve political, administrative and financial responsibility and authority to the elected representatives of the local governments.”

One doesn’t need to do a doctorate. A simple matrix will suffice to reveal the mischief of the Punjab LG system. Let us first look at the representation issue. Articles 32 and 140A order the state to provide representation to peasants, workers and women. Unlike the PTI government in K-P, the PML-N government had denied the electorates to elect all their local councillors. For instance, out of 13 union councillors only eight were elected through adult franchise while five (two women, one each peasant/worker, minority and youth) were literally appointed by the eight. In other words, the electorates were disenfranchised to elect 40% of local councillors and this has created huge inequality within each union council.

Anecdotal though — in most union councils the relationship between the two sets of councillors looks like a power relationship between a farm labourer and a landlord at best. Resultantly, no internal accountability, no informed decision-making and no oversight of local bureaucracy exist. Also consider this. There are nine deputy mayors and only five worker councillors in the Lahore Metropolitan Corporation. Isn’t it a recipe for further marginalisation of the existing marginalised classes? Isn’t a recipe to spread corruption and to make governance unresponsive? Will the PTI government tolerate all of this for another year?

In violation of its own manifesto, as well as the Constitution, the PML-N government didn’t empower sufficiently the local governments politically, administratively and financially. Sadly, heads of local councils have miserably failed to use their position for public services. Mounds of litter across cities have failed to shame them. Therefore it may be concluded that the leaders of local councils have been causing a huge harm. It’s also a case of financial waste. Just consider this.

The Punjab government pays about Rs191.64 million each year on salaries of local council leaders. This does not include monies that are paid to councillors for attending the council sessions.

Besides this, the Metropolitan Corporation Lahore out of its budget (Rs10.75 billion) for the financial year 2018-19 had allocated Rs3.9 billion for salaries and pensions, while earmarked only Rs2.4 billion for all development schemes and as much as Rs5.59 billion for ‘other’ expenses. This skewed distribution not only tells a lot about a mindset of so-called local government leaders but also establishes a fact that despite spending a huge amount of funds on salaries, the city and its citizens remain deprived of quality services. Therefore, Lahoris have the right to ask the PTI government why it is allowing the MCL and local governments to continue in its current form.

Let us look at the issue from another important angle. Pakistan ought to show progress on hundreds of indicators under the Sustainable Development Goals regime, which covers years from 2015 to 2030. Our achievement on most targets is apathetic. The concept of ‘localisation’ is pivotal of the SDGs’ regime. One of the major factors of our poor performance is in fact the elite capture of the local government system at all levels of governance. Instead of serving the people, it inherently promotes sycophancy. Therefore, it may be argued that Punjab will never be able to achieve even one-third of its SDGs’ targets.

So what is to be done? Any amendments made to the LG Act in haste are likely to fail. Therefore, despite my above-mentioned reservations, I believe the system could be transformed through ‘social transfusion’ provided it is done as professionally as blood transfusion is done. (1) In order to address the above-mentioned internal marginalisation of quota councillors (women, peasant/worker, youth and minority) they should be trained and encouraged to play an effective role in social mobilisation of their constituents. (2) The residents of each UC/ward should be facilitated to form ‘Peoples’ Committee’ consisting of local women and men. (3) Assign each union council and Municipal Committee to prepare a development plan in the light of SDGs’ Indicators. (4) Each district prepares the district plan by incorporating recommendation of union councils. Then amend the annual budget accordingly. (5) After its approval, each union council and its councillors assign tasks to achieve. (6) Technical support must be available at all stages. (7) After every six weeks, Peoples’ Committees should hold public meeting and review progress against the assigned tasks. Local councillors and civil servants must reach out to CBOs and NGOs along with media houses for their input and feedback through participation in PC meetings. (8) The minutes and action points should be circulated to all stakeholders.

This kind of ‘social transfusion’ will unleash hidden potential of councillors and constituents for the non-performing LG system. Those union councils which perform well must be rewarded and those which fail may be reprimanded. Through this intense interaction between electorates, elected officials, civil servants and civil society will help achieve ‘localisation’ which will definitely help achieve the SDGs’ targets effectively. Furthermore, this will deepen democratic values, improve accountability, transparency and governance in the country. Finally this is the only way forward to make this decadent system to perform. This will also provide sufficient time to the government to learn lessons and to amend the Punjab Local Government Act. The LG system of Sindh and Balochistan are not different. They could also adopt the social transfusion model. But first find the drivers for social transfusion.