Childr­en found what they consid­ered a toy from a scrap heap
By Our Correspondent
Published: September 20, 2018
Tweet Email 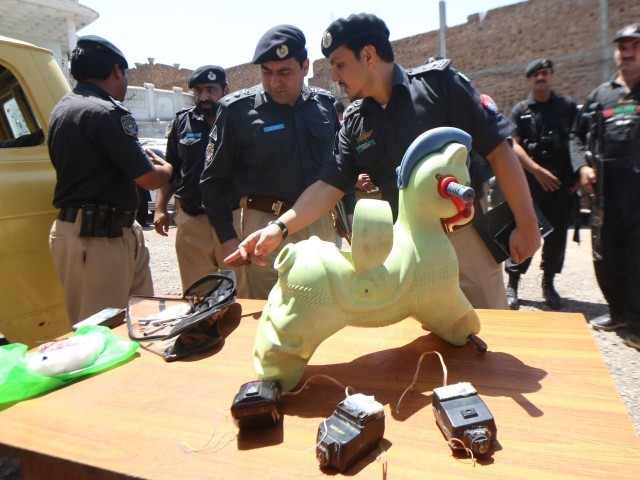 SHABQADAR: Five siblings were injured when a toy they found detonated in Safi area of Mohmand late on Tuesday night.

The Safi assistant commissioner, while confirming the incident, said that the children of a Bhaota area resident — Wali Muhammad — had found what they considered a toy from a scrap heap.

While playing with the contraption, it exploded at around 10pm on Tuesday injuring five children who were to be between three and 13 years of age.

The children were first rushed to the District Headquarters Hospital (DHQ) in Ghallanai where doctors referred them to seek further treatment at the Lady Reading Hospital (LRH) in Peshawar.

Locals said that two of the injured were in critical condition.

In Mohmand like in other parts of the erstwhile Fata, such bombs are often placed by militants to cause damage to both lives and property.

Safi Tehsil in Mohmand once used to serve as the spiritual headquarters for militants before they were evicted from the region.