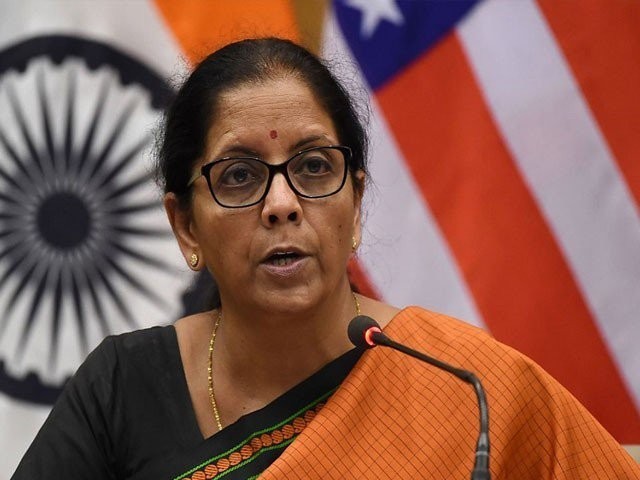 Sitharaman says the cricket star should have 'avoided' the embrace PHOTO: EXPRESS

The Indian defence minister said that as Sidhu has a huge fan following, he should have “avoided” the embrace as the nation was let down by the act.

Sidhu visited Pakistan to attend Prime Minister Imran Khan’s swearing-in-ceremony in August. During the ceremony, he also met General Bajwa and came under fire for hugging the army chief.

On his return to India, Sidhu faced severe criticism by the leadership of the ruling Bharatiya Janta Party (BJP) and the Shiromani Akali Dal (SAD).

However, this pushback did not deter the cricket legend who considers himself a ‘goodwill ambassador’ rather than a ‘political agent’.

Sidhu held a press conference soon after his return to India, in which he clarified that the embrace was an “emotional” reaction as the COAS had just informed him that Pakistan’s government was making efforts to open a corridor to Kartarpur Sahib.