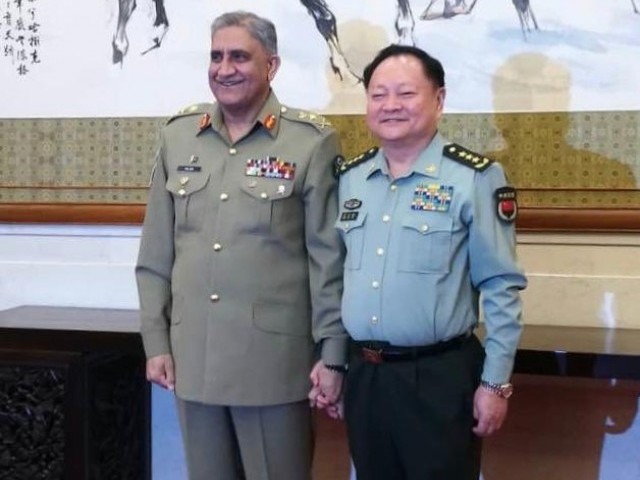 BEIJING: Military ties between China and Pakistan are the ‘backbone’ of relations between the two countries, a senior Chinese general told visiting army chief, days after a Pakistani minister stirred unease about Chinese Silk Road projects.

Chief of Army Staff (COAS) General Qamar Javed Bajwa is the most senior Pakistani figure to visit ally China since the new government of Prime Minister Imran Khan took office in August, and his trip comes a week or so after a senior Chinese diplomat visited Islamabad.

Islamabad has deepened ties with Beijing in recent years as relations with the United States have frayed.

On Tuesday, Zhang Youxia, a deputy chairman of China’s Central Military Commission which President Xi Jinping heads, reiterated to the COAS that the two countries are “all weather” strategic cooperative partners.

“China-Pakistan military ties are an important backbone of relations between the two countries,” said Zhang according to a statement by China’s Defence Ministry late on Tuesday.

“The two militaries should further pay close attention to practical cooperation in all areas, keep raising the ability to deal with various security risks and challenges, and join hands to protect the common interests of both countries.”

Beijing has pledged to invest about US$60 billion in Pakistan for infrastructure for the Belt and Road project.