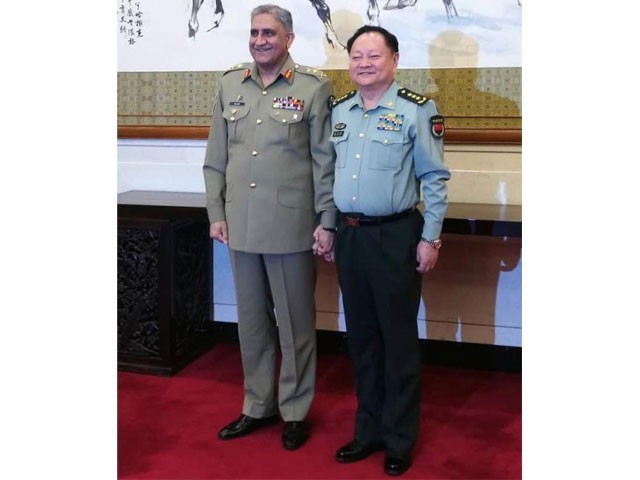 Army chief Gen Qamar Javed Bajwa, who is on a three-day visit to China, discussed boosting bilateral defence cooperation in his meeting with Vice Chairman of the Central Military Commission (CMC).

“The generals also discussed areas of further bilateral military cooperation in the field of counter terrorism, arms & equipment technology, and training, said the Inter-Services Public Relations (ISPR) in a statement on Tueday.

“Gen Zhang Youxia said that China greatly values its time tested relations with Pakistan and its Army,” the military’s media wing said. “He said that China looks forward to further expanding this cooperation.”

Gen Youxia, the ISPR said, said that development of CPEC is aimed at bringing more benefits and prosperity to the people of both countries. “The vice chairman termed Pak-China military cooperation as an important pillar of bilateral relations,” it added.

“He said that the two militaries should further strengthen this cooperation to safeguard common security challenges.”

COAS thanked Vice Chairman for the Chinese support and cooperation. Ambassador of Pakistan at China was also present during the meeting.