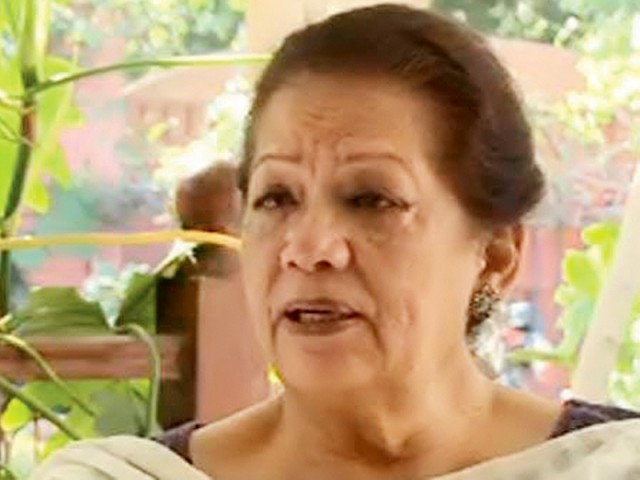 KARACHI: The Sindh High Court (SHC) issued on Monday a notice to the Sindh prosecutor-general on the appeal against the punishment awarded to the felons involved in the murder of Pakistan Tehreek-e-Insaf (PTI) senior leader Zahra Shahid.

A two-member bench headed by Justice Naimatullah Phulpoto, heard the appeal, filed by the felons Rashid Tailor and Zahid Abbas Zaidi who were affiliated with the Muttahida Qaumi Movement (MQM).

Defence counsel Qamar Iqbal argued that the case against his clients was registered nine days after the incident and the statements provided by the witnesses were contradictory.

An anti-terrorism court (ATC) had earlier convicted Tailor and Zaidi and awarded them capital punishment. The same court had also acquitted two accused, Irfan and Kaleem, for want of evidence. According to the Rangers prosecutor, the suspects involved in the murder had been identified by witnesses. The culprits had also admitted to killing the PTI leader on the orders of the leadership in a bid to terrorise the PTI in Karachi. Zahra Shahid was murdered outside her house in May 2013.

The court granted time to the defence lawyer, in the appeal against punishment meted out to senior deputy convener of Muhajir Qaumi Movement- Haqiqi (MQM-H) Amir Khan, to furnish proofs. The case was heared by a two-member bench headed by Justice Phulpoto.

At the hearing, attended by Khan, the defence asked for more time.

The court remarked that Khan’s appeal was pending since 2003, but granted time till November 12.

Khan and others were accused of killing MQM worker Anum Aziz. At that time, Khan was the general secretary of MQM-H. A subordinate court had sentenced Khan to 10 years imprisonment.

The SHC postponed the hearing on the appeal filed against the punishment awarded to culprits convicted in the core commander attack case. The defence lawyer, Mushtaq Ahmed, sought more time due to ill health.

The appeal was heard by a two-member bench headed by Justice Iqbal Kalhoro. The court adjourned the hearing till October 12.

According to the police, the terrorists attacked the convoy of the Karachi core commander at the Clifton flyover on June 10, 2004. The core commander Ahsan Saleem Hayat remained unhurt in the attack while seven soldiers were killed. Three police officials, including Nazir Ahmed, were also killed. An ATC announced death verdict for 11 suspects, including Ata-ur-Rehman, who was affiliated with a banned organisation.