Attempt to get illegal possession of KU land foiled

Attempt to get illegal possession of KU land foiled 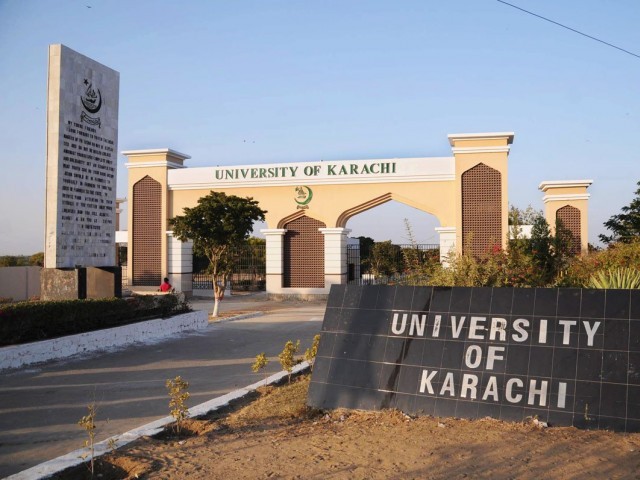 KARACHI: A fake notification, issued in an attempt to get possession of Karachi University’s (KU) land, was rejected by the varsity in a press statement on Sunday. KU appealed to the media for support to the university in the matter.

The fake notification with the subject, ‘Grant of NOC for Plot Number 11 and 12 Block Number 2, Gulistan-e-Jauhar, Karachi’, has been circulating for the last few days with signatures of the varsity’s registrar.

The notification states that the KU has no objection regarding Karachi Development Authority’s approval and construction of the above plots as per rules with the condition that there were no pending cases in the court of law.

KU Vice Chancellor Dr Muhammad Ajmal Khan constituted a high level committee on the circulation of the fake notification and sought a report in three days.

“The report will be made public,” he assured, adding that they would investigate the matter with help from the forensic department. He warned that if any person or official of the varsity was found guilty, strict administrative action would be taken.

He also pledged to protect the land of KU. “We will take every possible step to save KU’s land,” he said.