Wants to make the most of euphor­ia among expats over contri­bution to dam fund
By Shahbaz Rana
Published: September 16, 2018
Tweet Email 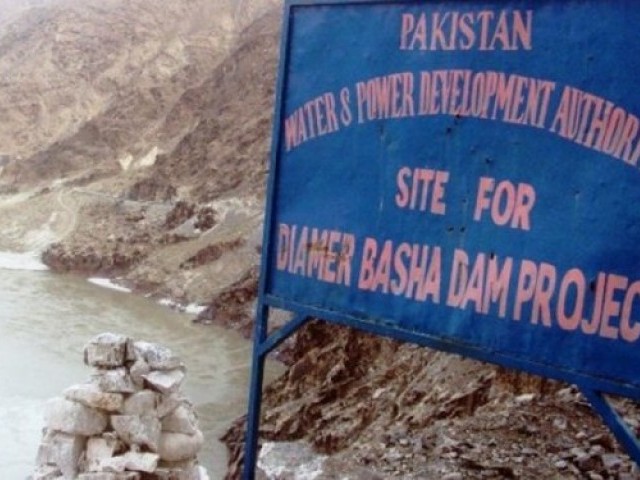 ISLAMABAD: The federal government pushed back launch of dollar-denominated diaspora bonds to raise loans from overseas Pakistanis and the bond will now be launched once the euphoria around the top judge and prime minister’s appeal for donations is over.

The finance ministry has almost finalised structure of the new debt instrument and is waiting for the green signal, said sources in the ministry. The government initially wanted to float the bond in October but the chances are that it may be delayed for a few weeks.

Pakistan has decided to launch the diaspora bond under the Public Debt Act, 1944 and the bonds will be administered by the State Bank of Pakistan. The government’s decision to float bond under the 1944 law will help it save at least 1.5% cost that it otherwise had to pay to intermediaries.

The government may not require services of financial advisers. The central bank will maintain a general ledger to handle the investments in the bonds. The sources said the investors will have the option to get returns on their investments both in rupee and the US dollars.

The bonds could be offered in five years tenor on 5% returns and seven year at around 5.5% interest rates. The government will receive funding only through banking channels, which will also address the issue of transparency and ill-gotten money stashed abroad.

The section 3 of the Public Debt Act, 1944 says the federal government can issue security through stock transferable by registration in the books of the bank, through a promissory note payable to order or a bearer bond payable to bearer or in a form prescribed in this behalf or notified by government from time to time.

The government did not want to run two parallel appeals to the overseas Pakistanis to give donations for the Diamer-Bhasha dam and also invest in the overseas investors bonds, said ministry officials. They said the PM had desired to first launch an appeal for raising funds for construction of the dam.

Earlier this month, Prime Minister Imran Khan appealed that every oversea Pakistanis should give $1,000 dollar donations for the construction of multibillion dollars Diamer-Bhasha dam.

In an article published in Daily Dawn on Saturday, Michael Kugleman wrote, “In effect, there are plenty of overseas Pakistanis who can’t easily cough up $1,000.” Kugleman, who is a senior associate for South Asia at the Woodrow Wilson International Center for Scholars in Washington, argued that only Pakistanis living in the United Kingdom and the United States may provide big donations.

As of September 14, about Rs3.3 billion were given in donations out of which donations by overseas Pakistanis were only Rs181 million. Finance Minister Asad Umar has described dollar-denominated diaspora and Sukuk bonds as an ‘out of the box solution’ to deal with grave external sector challenges.

Finance Minister Umar is part of the prime minister’s entourage that is leaving for Saudi Arabia on Tuesday. Saudi Arabia’s economic assistance will be critical if Pakistan wants to avoid an International Monetary Fund bailout programme. An IMF staff-level team is also reaching Pakistan on September 27 to hold negotiations.

The diaspora bond has been built on the lines of Overseas Investment Bond, which the previous government of the Pakistan Muslim League-Nawaz (PML-N) had floated under the Foreign Assets Declaration and Repatriation Act of 2018.

The act allowed the federal government to issue bonds in case of declaration of assets, which are repatriated to Pakistan. Bond holders had been offered to be paid 3% annual profit in equivalent Pakistan rupee at weighted average customer PKR-US Dollar Exchange Rate in biannual installments, according to the rules approved by the federal cabinet.

But the government did not receive any significant investment in the overseas bonds after the central bank turned down their demands to allow the bond holders to trade the securities at the stock exchange and also pledged them with the banks.

A chartered accountancy firm has estimated there was roughly $10 billion in cash that can be invested in bonds. But the finance ministry has not made any firm assessment about the money that it can receive through these diaspora bonds. In addition to diaspora bonds, the issuance of $2 billion dollar-denominated Eurobonds is also part of the government plan to raise debt in this fiscal year.