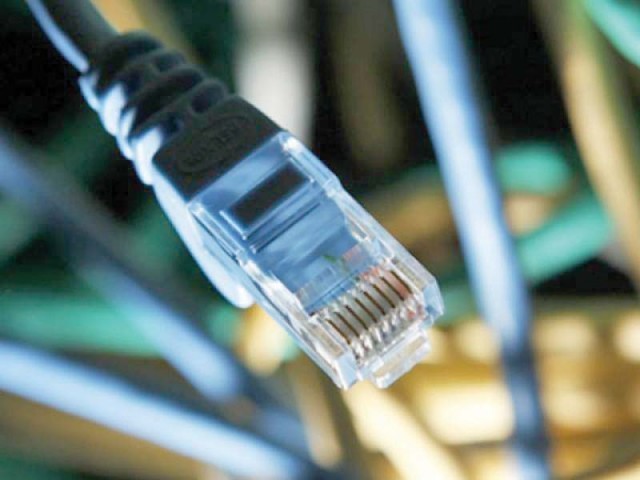 Phone calls will come from China to Pakistan through the fibre optic cable and then they will be routed to Middle Eastern countries, Europe, Africa, Iran and Afghanistan. PHOTO: FILE

ISLAMABAD: A fibre optic cable project under the China-Pakistan Economic Corridor (CPEC) will start commercial operations by the end of this year, which will turn out to be a major revenue generator for Pakistan and provide the shortest route for Chinese telecom companies.

Caretaker prime minister Nasirul Mulk had inaugurated the project a few weeks ago, but it would start commercial operations by the end of 2018.

So far, some Chinese companies including China Telecom have expressed interest in diverting their telecom traffic from the undersea cable passing through India and use the fibre optic cable laid between China and Pakistan.

Total expenditure on the initiative amounted to $44 million supported by 85% concessionary loan from the Exim Bank of China. The project is owned by the military-run Special Communication Organisation (SCO) and its engineering, procurement and construction (EPC) contractor is Huawei.

“Phone calls will come from China to Pakistan through the fibre optic cable and then they will be routed to Middle Eastern countries, Europe, Africa, Iran and Afghanistan,” Huawei Project Director Ashraf Malik told The Express Tribune.

He said coordination with some Chinese companies like China Telecom was ongoing to put traffic on the new cable network, which would build trust among other Chinese companies and encourage them to use the new route.

“Pakistan will receive a massive response from Chinese companies,” he expressed hope.

Malik emphasised that it would be the shortest telecom route and the traffic would take lesser time in connecting with other countries.

In addition to this, the telecom traffic will be cheaper compared to the cost of using the undersea cable that goes through India. “Dependence of both countries – Pakistan and China – on India will end,” he added.

The project director said that Chinese telecom companies would be charged by Pakistan for using the network. “It depends on Pakistan how it maintains and utilises this traffic for commercial purposes.”

Work on the project began from northern areas where the cable was laid under the mountains. In order to tackle the challenges, Huawei Technical Director Zaki Abbas said, “planning is required to make any project successful.”

He believed that challenges in the way of implementing strategies had to be anticipated to mitigate their impact.

“We identified the challenges properly that this project would have to pass through the metropolitan city,” he added. “However, when we entered mountainous areas, we had to face challenges like cutting the mountains. There was fear of land-sliding during digging, due to which precautionary measures had to be taken.”

He stressed that the project was executed safely as not a single casualty occurred during the implementation phase.

The targeted time for completion was three years, but work finished in one year and nine months. However, due to extreme weather conditions, test trials could not take place.

Testing got under way in the current year and the project was completed two and a half year before scheduled time.

He revealed that labour force during the entire project came from Pakistan and no Chinese company was involved in physical delivery.

“When we were at the peak of project implementation, around 1,500 to 2,000 Pakistani workers were working on the project,” he said, emphasising that the manpower was given proper health and safety training before deploying them for the project.