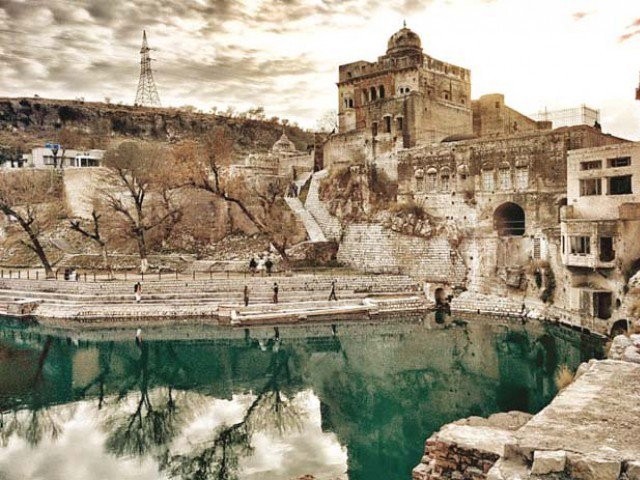 ISLAMABAD: With the country facing a drought-like situation, the top jurist in the country has declared the water is now as precious a commodity as gold and cannot be had for free as he sought a report on fixing prices for water used by factories and method for payment.

These directions were issued as a three-member bench of the Supreme Court, led by Chief Justice of Pakistan Mian Saqib Nisar, heard the suo moto case of the Katas Raj Temple’s pond drying up.

During Friday’s hearing, Justice Nisar asked whether an alternative system had been put in place for cement factories, set up in the vicinity of the historic temple, to get water and whether compensation rates for exploiting groundwater had been determined.

The Punjab local government secretary told the court that they had finalised a formula on determining the price of water, tying it to per cubic feet of use. The official further said that they had settled on rates with two of the companies operating in the region.

At this, the chief justice expressed his displeasure that why rates had not been settled with other companies. He directed that homework for the rates should be finalised by Friday night.

He further directed to determine the situation at all cement factories operating in the province.

“This work cannot be completed while sitting in offices,” he thundered.

While issuing a notice to cement factories in the country, the court observed that those factory owners who do not cooperate will face action from the court.

During the hearing, the Punjab environment secretary told the court that two cement factories had been set up in 2004 though there was no apparent need for them.

At this, the chief justice remarked that the federal investigation agency should be tasked with inquiring into the matter.

However, the Punjab additional advocate general adopted the view that the Punjab anti-corruption bureau could also conduct the inquiry.

Chief Justice Nisar, thus, directed the Punjab anti-corruption bureau to probe whether standards were observed in setting up the factories. The body was further asked to probe the role of environmental and industrial departments and to affix responsibility.

The Punjab environment secretary was directed to visit and inspect all cement factories in the province.