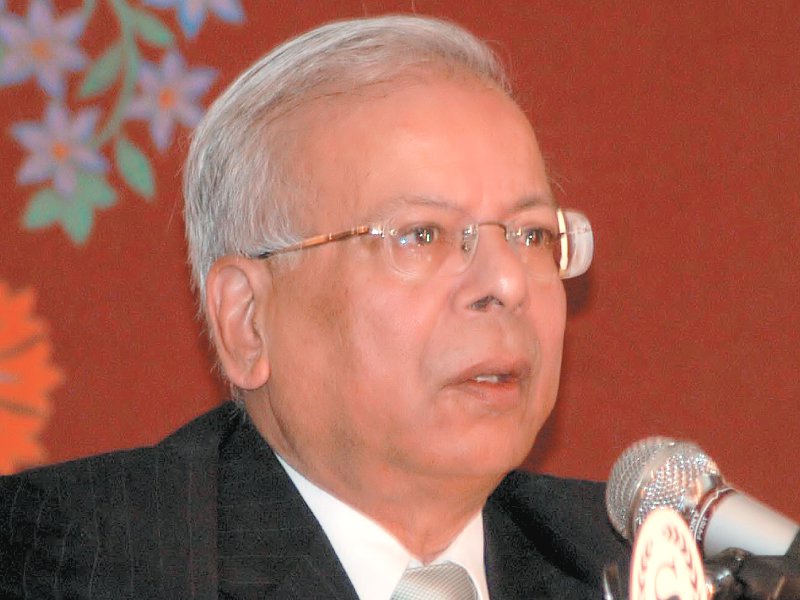 ISLAMABAD: Youth studying in madrassas deserve the same opportunities as students of other educational institutions in Pakistan, said Adviser to the Prime Minister for Institutional Reforms Dr Ishrat Hussain.

He was speaking at the 10th National Convention of Local Support Organisations (LSOs) organised by the Rural Support Programmes Network (RSPN) on Wednesday.

He suggested RSPN to prioritise erstwhile Fata region since it is undergoing a major transition after merger in Khyber-Pakhtunkhwa and provincial government needs special support of all major organisations, especially the ones working at grassroots to ensure basic rights of the returnee population.

PTI govt’s days will be numbered if it confronts madrassas, warns Fazl

Hussain commended the work of RSPN in organising communities under the platform of LSOs.

European Union Head of Cooperation Milko Van Gool said the development perspective of the EU and stated that Rural Support Programmes (RSPs) and government of Pakistan share the same approach of social development as EU.

He said that it’s good to see and learn that the approach of social mobilisation is not only benefiting people on financial grounds, but also giving them voice in society making them socially empowered, especially the women.

The event aimed at showcasing the work and achievements of 16,93 LSOs, working for the socio-economic development of rural communities in all the four provinces of Pakistan as well as in Gilgit- Baltistan and Azad Jammu Kashmir (AJK), a press release said.

LSOs undertake development initiatives well aligned with the local needs and context. RSPN and RSPs have fostered these LSOs ensuring the inclusion of women through formation of 543 women only LSOs.

This was the 10th LSOs Convention organised by RSPN since 2007. The National Convention of LSOs is a platform where representatives of LSOs from across Pakistan are invited to share their success, achievements, issues and challenges.

The LSOs representatives shared their achievements of working in a range of community development projects including, education, health, sanitation, climate change, women empowerment and poverty reduction with the participants of the convention ranging from the donor agencies, government officials, diplomats and development practitioners.

The convention also serves as an opportunity to deliberate on learning and experience of development initiatives taken by LSOs as organised communities.

Representatives of the federal and provincial governments, chief executive officers of RSPs, and management and officials of RSPN and RSPs attended the convention.