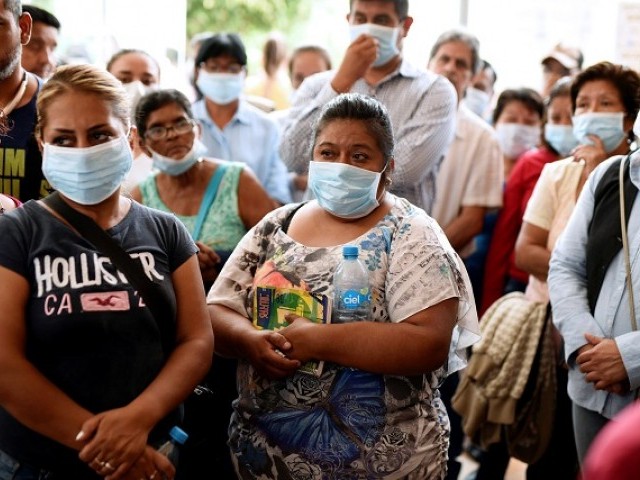 Relatives of missing persons are seen outside the morgue after attending a viewing of photographs of clothing, accessories and identification cards found on bodies recovered recently from mass graves in Xalapa, in the Mexican state of Veracruz, Mexico September 11, 2018. PHOTO: REUTERS

Families gathered at a morgue in Mexico on Tuesday to comb through the remains of more than 150 bodies discovered at graves in southern Veracruz state, hunting for clues that could identify children and siblings who disappeared long ago. “We still hope we can find her,” Paloma Martinez said of her older sister, now missing for two years.

“My mother and I are here to see if there are ID cards or clothes or any clue that show us that she’s here … we’ve lived with anguish, and questions without answers.”

Investigators discovered 166 skulls in 32 graves last week on a tip from an unidentified person, Veracruz’s attorney general said on Thursday, adding that the bodies were likely dumped less than two years ago.

Further investigations indicated that the remains belonged to at least 174 bodies, the attorney general’s office said in a statement on Friday, when it showed photographs of findings from the graves to families of missing people.

Hundreds of bodies in unmarked graves have also been found in states including Tamaulipas, Durango and Morelos during a decade-long drug war led by the military to battle the cartels, which led to increasingly bloody turf wars.

“This is the Veracruz we have, the Veracruz where we line up to see the remains of bodies,” said Lucia Diaz, director of Solecito Collective, a support group for parents of missing children. “Nobody could have imagined it would come to this.”

No family has yet found evidence from the remains in the graves uncovered last week to be able to identify a child, sibling or relative, she said.

Imelda Fernandez, wearing a surgical mask that had been handed to all family members at the morgue, said her son left the house one morning two years ago and never returned, leaving no trace.

“I think of him every day,” she said. “I’d like to find him
one day and know what became of him, no matter whether he’s dead
or alive.”