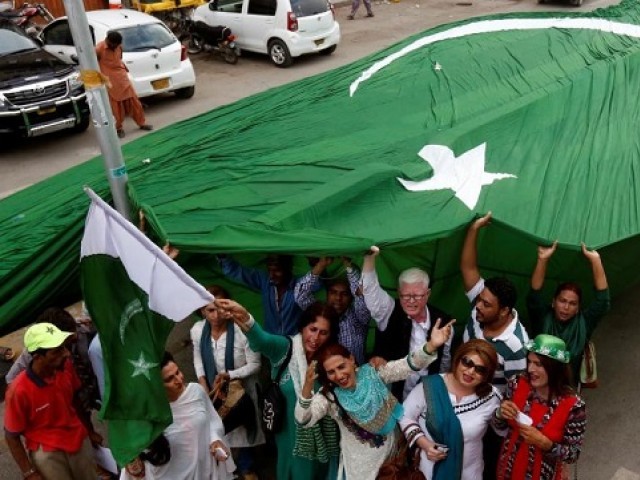 Supporters of civil rights group for transgender people, the Gender Interactive Alliance (GIA), dance and chant slogans as they pose with a national flag in Karachi, August 2016. PHOTO:REUTERS

The CJP took the decision to mainstream the community while hearing a case on the provision of CNICs to transgender individuals. Officials told the court 342 had been issued identity cards. Others, however, did not get them made.

Speaking on the issues faced by trans individuals, the Law Commission secretary said 500 had been killed since 2015. A guideline pertaining to trans individuals had been formulated but the federal government was yet to respond, he said.

CJP Nisar said such incidents brought the nation into disrepute. He said the apex court would employ two transgender individuals to mainstream the community.

He also took notice of websites proliferating anti-trans sentiments. The CJP adjourned the hearing after ordering a report to be presented on tans rights in two weeks’ time.