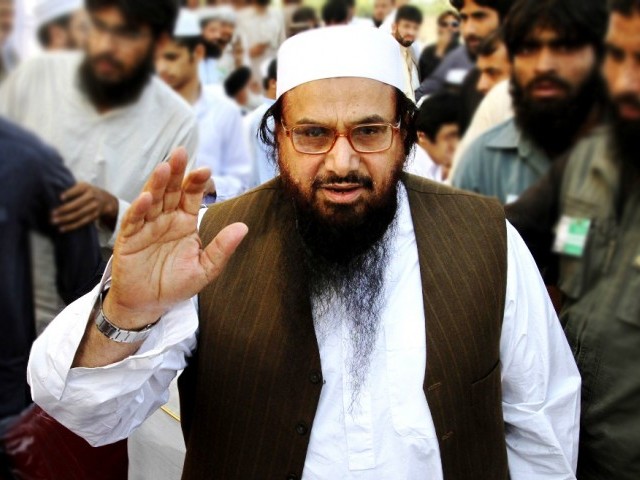 While Saeed’s petition was still being heard, in April, LHC passed the order allowing FIF to continue activities until the final judgment was released. Later, the government approached the apex court against the high court verdict.

The bench noted that the government is already involved in the high court’s hearing and hence dismissed the application.

Earlier, the interior ministry contended the interim order was creating a hindrance for Pakistan in complying with international and local legal requirements. It was also learnt that if the LHC’s order remains in the field, then it will have severe implications for the country.

In February, the president promulgated an ordinance amending the Anti-Terrorism Act, 1997 with regard to the proscription of terrorist individuals and organisations to include entities listed by the UNSC, in a bid to declare Saeed’s JuD and FIF as proscribed groups.

The ordinance amended Sections 11-B and 11-EE of the Anti-Terrorism Act, 1997 (XXVII of 1997). Section 11-B sets parameters for the proscription of groups, whereas 11-EE describes the grounds for the listing of individuals.

Both sections would now include Sub-Section ‘AA’, according to which organisations and individuals “listed under the United Nations (Security Council) Act, 1948 (XIV of 1948),” will be included in the First Schedule (for organisations) and Fourth Schedule (for individuals), respectively, on an ex-parte basis.

The move was apparently aimed at declaring JuD and the FIF, as proscribed groups ahead of the Financial Action Task Force’s (FATF) meeting in Paris which decided to put Pakistan on the grey list from June this year.

After the promulgation of the ordinance, all properties of JuD and the FIF were confiscated in Azad Jammu and Kashmir and Gilgit-Baltistan. Some 148 properties and assets of the outfits were also seized in Punjab. Later, JuD chief and others challenged the presidential ordinance in the high court.

It said any law which is violative of constitutional provisions is liable to be struck down. The petition suggested that under Article 199 of the Constitution, it is competent to strike down any legislation which is beyond the scope of Constitution or ultra vires.

It requested the court that the vires of the ordinance and consequent amendment in section 11 B and 11-EE of ATA may be declared illegal. The matter is still pending before the high court. The Interior Ministry had contended that Pakistan is under obligation to comply with the UNSC decision to declare JuD and the FIF as proscribed groups.