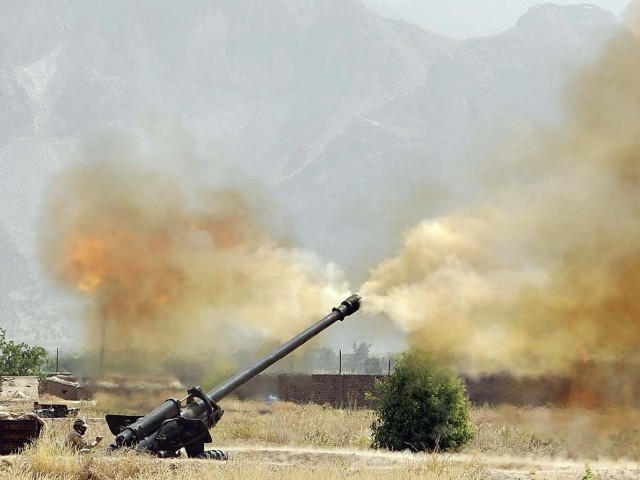 Pakistan is still trying to convince the United States that the Haqqani network, the deadliest of all Afghan militant groups which is allegedly based in the North Waziristan tribal region, is ‘reconcilable’ and going after it at this stage will be of no use.

Contrary to media reports and a statement by the top US military commander, Pakistan’s military says it has no immediate plans to launch a full-scale offensive in the region which is considered the premier Taliban and al Qaeda fortress along the Afghan border.

This was confirmed by a top Pakistani military commander and separately by officials from the foreign ministry at a closed-door briefing for the Senate Foreign Relations Committee.

In the fallout from Osama bin Laden’s killing in Abbottabad, US officials are said to have increased pressure on Islamabad to mount an offensive in the region – home to an assortment of militant groups including the fearsome Haqqani network. Earlier this week US Joint Chief of Staff Admiral Mike Mullen said that Pakistan’s military had planned an operation in North Waziristan.

But Corps Commander Peshawar Lt-Gen Asif Yasin Malik, who supervises all military operations in Khyber-Pakhtunkhwa and adjacent tribal regions, said: “We will undertake operation in North Waziristan when we want to.”

“There has been a lot of media hype about the operation,” Malik told journalists in the Mohamad Gat area of the Mohmand Agency, where security forces have been fighting homegrown Taliban since January this year. The journalists were flown to the region by the military to show off apparent progress in the operation.

“We will undertake such an operation when it is in our national interest militarily,” he said, describing North Waziristan as “calm and peaceful as it was weeks ago”.

He said the military was focused on maintaining an already ‘stable’ environment to undertake ‘developmental activity’ in North Waziristan, and confirmed reports that the Razmak cadet college in the area had been reopened.

The United States and its Western allies attribute Pakistan’s reluctance to go after the Haqqanis to its desire to use the network to protect its interests in the post-war Afghanistan.

But Gen Malik sought to quash this notion. “For the Army there is no difference between the Haqqanis, Tehreek-e-Taliban Pakistan (TTP) or the Afghan Taliban. The Army acts against all those militants who are a threat to Pakistan,” he added.

However, he revealed that the Army had planned a full-scale operation in the Kurram tribal district, which borders North Waziristan and has become increasingly violent amid an influx of Taliban fighters. An operation in Kurram would be significant as it would box-in Afghan Taliban militants in North Waziristan, facilitating any future action there.

Government officials are also seeking to deny media reports about North Waziristan operation. “The government has not made any commitment with the US on Waziristan operation,” a senator who attended Wednesday’s briefing quoted a top diplomatic official as telling the Senate Foreign Relations Committee.

The committee’s chairperson Salim Saifullah told reporters that the government representatives informed the panel that Pakistan alone would decide whether or not to launch a military operation in Waziristan. Security officials here, however, do not entirely rule out a ‘targeted operation’ in North Waziristan.  They told The Express Tribune on condition of anonymity that the primary target of an offensive, if any, would be “white al Qaeda and their Arab and local handlers. But the Haqqanis be spared at this stage,” said an official.

“We have been trying to convince the US that the Haqqani network can be brought to the negotiating table,” said another official. During the recent visit of US Secretary of State Hillary Clinton and Admiral Mullen, Pakistan made its position very clear that it could not afford to open another war front, he added.

Also the country’s military establishment believes that the Haqqanis are not posing a direct threat to Pakistan’s interests, therefore going after them will have repercussions, a military official told The Express Tribune.

There have been reports that around 500 Western militants, almost half of them of German origin, were undergoing training with various groups based in the agency.

The presence of a small group of American militants, led by Abu Ghaddan, has also been reported many times. Ilyas Kashmiri, the chief of al Qaeda’s 313 brigade, is allegedly supervising the training for these jihadis who can hit back in the countries of their origin.

Some Arabs including Abu Akasha al-Iraqi and a Saudi national Abu Yaya are allegedly coordinating between the local groups and al Qaeda’s recruits from the West.