WikiLeaks: Fazlur Rehman's votes were 'up for sale'

WikiLeaks: Fazlur Rehman's votes were 'up for sale'

Patter­son noted that Fazlur Rehman looked to engage with the US to secure a high place in the govt after electi­ons.
Published: June 1, 2011
Tweet Email 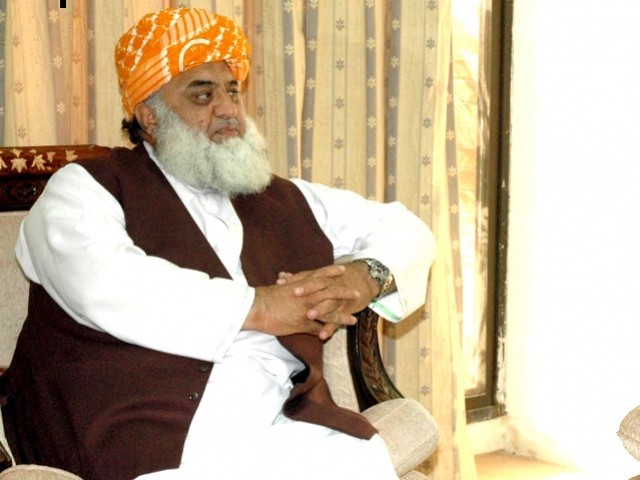 Patterson noted that Fazlur Rehman looked to engage with the US to secure a high place in the govt after elections.

A new WikiLeaks cable reveals that JUI-F leader Maulana Fazalur Rehman indicated to the US that his “still significant” number of votes were “up for sale” even if his party’s voter support drops in 2007.

Fazlur enjoys being courted by both Musharraf and Bhutto and sees himself increasingly in the lucrative position of being kingmaker, if not the next Prime Minister, because of JUI-F’s voter strength in what may be a three-way vote tie among Pakistan’s major parties. Even if JUI-F’s voter support drops, he has made it clear that, free and fair elections notwithstanding, his still significant number of votes are up for sale.

In the cable, Patterson also notes that “Haideri said that all important parties in Pakistan had to get the approval of the USG.”

She acknowledges that JUI-F wanted to be a major party and wanted to be “more engaged with the US”. Patterson wrote:

At one point in the conversation, Rehman asked the Ambassador if the USG would deal with him if he was elected as Prime Minister and cautioned the USG not to put all of its eggs in the basket of Benazir Bhutto. Ambassador noted that it was not USG policy to crown any particular leader in Pakistan….Rehman indicated his desire to travel to the U.S. and suggested he could lobby the Congress and American think tanks “as well as Benazir Bhutto.”

The full text of the cables can be read on Dawn.com, The Hinduand NDTV. WikiLeaks has previously released cables to other media organisations including Guardian and the New York Times.