In Moeed Yusuf’s view, broker­ed bargai­ning is as much a theory of proces­s as it is that of outcom­e
By Dr Syed Rifaat Hussain
Published: September 12, 2018
Tweet Email 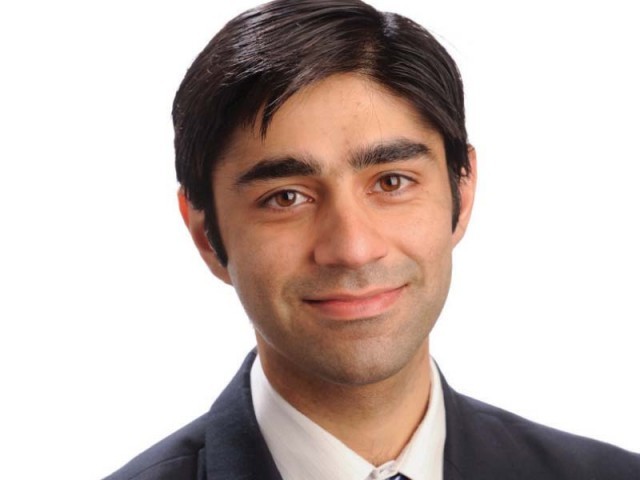 South Asia’s nuclear break out in May 1998 led US President Bill Clinton to characterise the region “as the most dangerous place on earth”.  Equally, analysts have struggled to theorise about the implications of this monumental development for regional peace, security and emerging nuclear world order.

Most assessments fall in the category of nuclear pessimists who argue that nuclear weapons in the hands of non-western leaders are necessarily a bad thing as these leaders cannot be trusted to resist the temptation of nuclear use in situations of armed conflict.  Indeed, South Asia is presented as a paradigm case where the nuclear taboo is most likely to be broken.

Moeed Yusuf, in his latest book, “Brokering Peace in Nuclear Environments: US Crisis Management in South Asia”, offers a new perspective on dynamics of South Asian crisis management in which regional nuclear adversaries –India and Pakistan – play out a complex game of deterrence with the help of the United States, “the only state that has global interests”.

Conceptualised as “brokered bargaining”, this trilateral framework of interactions aims to “unpack the processes and mechanisms” that underpin this interactive model” and offers an explanation of “the patterns of state behaviour during crises.”

In Yusuf’s view, brokered bargaining is as much a theory of process as it is that of outcome. It draws attention, among other things, to “risks of misperceptions and inadvertence due to the challenges inherent in signalling to multiple audiences simultaneously.”

Applying brokered bargaining theory to the three major crisis between India and Pakistan after their overt nuclearisation in 1998 – the Kargil conflict in Kashmir 1999, the 2001-2002 military stand-off, and the Mumbai crisis, 2008, Yusuf finds strong evidence of “brokered bargaining” dynamic at play.

As he points out:

“In each episode, the concerns about escalation forced the United States to engage largely unsolicited, and use a mix of rewards and punishment with the regional rivals to achieve de-escalation. Both India and Pakistan eagerly engaged the United States and oscillated between manipulating the risk of war and deferring to American preferences in a bid to gain support for their crisis objectives. The process encompassing this dynamic interaction explains both the specific choices and overall crisis behaviour of the three actors.”

Yusuf’s espousal of “brokered bargaining” as a framework for analysis not only augments our understanding of the choices made by India and Pakistan as they engaged in “risk manipulation” to reach their objectives, but it breaks new conceptual ground in multiple ways.

Firstly, it is the first coherent attempt to offer a theory of nuclear crisis behaviour centred on third-party mediation. Secondly, using a case study method, it conducts a systematic comparison of the three major India-Pakistan crises to show how each crisis, despite its distinctive characteristics, was marked by a shared pattern of behaviour. Thirdly, it throws light on the dynamics of nuclear learning in “South Asia across a decade-long time span.”

Finally, by using the lens of “brokered bargaining”, Yusuf tries to address the “two-actor bias in Cold War models” of crisis behaviour. These models either assumed that “two parties to be collaborating against the third or view each of the three in a zero-sum confrontation but where two of them ultimately form a coalition to isolate the third.”

These models left little room for theorising about the role of third parties as an independent variable.

Because of these analytical strengths, Yusuf’s work deserves to be considered a path-breaking attempt to deepen and broaden our understanding of nuclear crisis behaviour in a situation of asymmetric nuclear-tri-polarity where conflicting goals of regional actors sit uneasily with those of the interests of a global power. What are the drivers of the American role in regional crises between India and Pakistan and the resulting crisis choices made by Washington?

In chapter two of his book, Yusuf summarises the role of the United States as a third party in terms of five testable propositions derived from his three case studies.

The first proposition posits that as “the unipole, the United States will tend to see a direct interest in preventing escalation of regional crises to the nuclear level.”

The second proposition asserts that the “United States is likely to maintain a low-risk threshold in choosing to intervene in regional crises. It can be expected to enter the fray, even unsolicited, as soon it recognizes the presence of a crisis with escalatory potential.”

The third proposition maintains that the “larger foreign policy interest and equities of the United States vis-à-vis the regional rivals that do not complement the goal of swift-crisis de-escalation will likely be overridden by the immediate need during the crisis period.” According to the fourth proposition, “the stronger powers can be expected to align with U.S. efforts to ensure crisis-de-escalation. The United States should see an interest in utilising this support.” The fifth proposition asserts that the “third-party actors would have to rely on “power mediation” to ensure de-escalation instead of more coercive strategies.

Would this strategy hold in the future?

Yusuf’s answer to this question is an unequivocal “no”. As he writes toward the end of his book, “…. the management of nuclearized crises may be one of the last things the world’s strongest powers cease to converge on, even in a post-unipolar world.”

In this drastically changed global scenario, would not a determined regional hegemon like India with tacit support from the US be tempted to manage a future India-Pakistan crisis on its own terms, defying world pressures? The implications of this deadly scenario for Pakistan’s survival and security must be debated and discussed. Yusuf’s advocacy of a brokered bargaining framework should be an excellent starting point for this existential debate in Pakistan. In the same vein, American strategic failure in Afghanistan and its spillover effects on the border regions of Pakistan should also be factored in any meaningful framework of crisis management in South Asia.

In fact, a significant limitation of Yusuf’s discussion of US crisis management role in South Asia during the Kargil crisis is his silence on Washington’s hunt for Osama bin Laden that played a key causal role in shaping US response to the Kargil episode. According to several accounts including more detailed one by Richard Minitier, in his book, “Losing Bin Laden: How Bill Clinton’s Failures Unleashed Global Terror (2003)” during the July 5, 1999, meeting with President Clinton, Prime Minister Sharif “offered to create a special unit of Pakistani commandos who would remain isolated and secret from his own army and intelligence services. The team would require American funding and training. Once trained, the commandos would be secretly inserted deep inside Afghanistan to kill bin Laden… Shortly thereafter, the Pakistani commando trainees were quietly flown to Andrews Air Force base in Maryland and driven two hours south to Quantico, Virginia. They practised live-fire exercises and trained to fire accurately at distant, small targets. The commando team returned to Pakistan. But before they could be put into action, Sharif was toppled in a coup on October 12, 1999. The commando team was swiftly disbanded.”

The writer is a professor of Public Policy, at NUST University Islamabad.