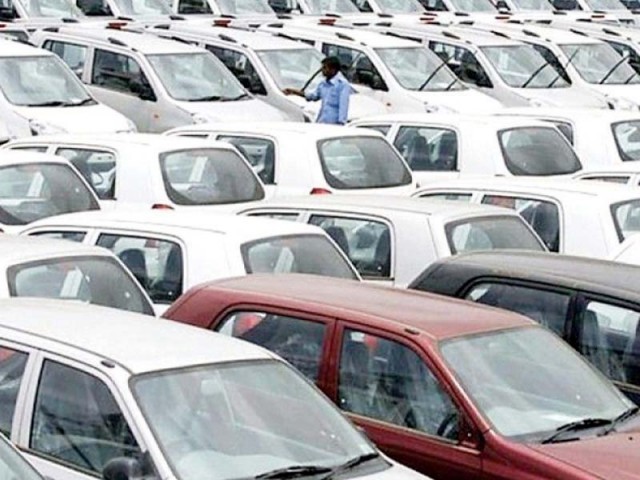 A lot of factors have contributed to the drop in sales which include deteriorating macroeconomic environment, at least three price hikes by vehicle manufacturers in the ongoing calendar year and the impact of law requiring car purchasers to file tax returns. PHOTO: FILE

KARACHI: Auto sales declined 20% in August 2018 compared to the same period of previous year, which came on the back of a steep fall in sales of low-priced vehicles which included Pak Suzuki Motor’s Mehran and Ravi.

Pak Suzuki Motor Company, which excels in catering to the demand for cars of below 1,000cc engine capacity, recorded a significant decline in sales, with volumes down 27% to 8,683 units on a year-on-year basis.

Its Ravi and Mehran variants showed a heavy decline in sales with 50% and 42% respectively. However, Wagon-R demand grew 11%. “This is the first time auto sales have declined in first two months of a fiscal year since FY15. Pak Suzuki sales declined 12% in the two months, which is the highest fall among its peers,” research analyst Daniyal Adil told The Express Tribune.

According to Adil, a lot of factors have contributed to the drop in sales which include lower number of working days due to Eidul Azha, a deteriorating macroeconomic environment, at least three price hikes by vehicle manufacturers in the ongoing calendar year and the impact of law requiring car purchasers to file tax returns. “The steepest decline in sales has been observed in the low-priced car segment. This segment is highly price-sensitive and after at least three price hikes, it seems the available vehicles have lost their appeal in the segment,” he said.

Another research analyst Ahmed Lakhani said news of arrival of 800cc United Bravo, which has recently been launched in Lahore, may have also affected decision-making by Mehran car buyers in August. Bravo is considered a direct competitor of Mehran.

Market talk suggests Pak Suzuki may stop producing Mehran in 2019 after 30 years of its launch and replace it with Alto 660cc. Meanwhile, Indus Motor, which sells Toyota cars in Pakistan, reported a 9% fall in sales in August. However, the company managed to achieve 3% higher volume at 10,486 units in the first two months of the fiscal year.

Toyota is the only company that has reported growth in the first two months of the fiscal year.

Honda posted a considerable decline in sales with 15% lower volumes in August this year at 3,961 units. Sales of Civic and City fell 12% while BR-V sales dipped 32%.

Meanwhile, combined sales of Honda for the first two months of the ongoing fiscal year slipped 3%.