The nation­wide refere­ndum could make it imposs­ible to legali­se same-sex unions in the future­
By Reuters
Published: September 11, 2018
Tweet Email 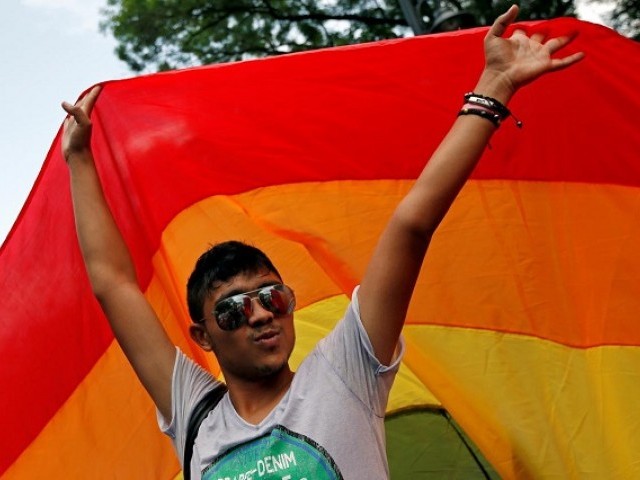 BUCHAREST: Romania’s senate overwhelmingly backed a citizens’ initiative on Tuesday to change the definition of family in the constitution in a nationwide referendum, a move that could make it impossible to legalise same-sex unions in the future.

The Coalition for Family civil groups, gathered 3 million signatures in 2016, seeking to hold a referendum to amend the constitutional wording to an union strictly between “a man and a woman”, from the existing, gender neutral, “spouses”.

A referendum could be held as early as on Oct. 7, the ruling party has said. The government is expected to set a date for the ballot over the coming days.

The lower house of parliament voted to support the referendum last year. That move was slammed by LGBT and rights groups locally and internationally, and dozens of European parliament members, who fear an erosion of democratic rights.

Same sex marriage is legal or about to be legal in half of the European Union’s 28 countries, with some others recognising same-sex civil partnerships.

The Romanian initiative, which cleared the upper house of parliament in a 107-13 vote, has backing from the main Orthodox church and minority Roman Catholic and Greek-Catholic denominations in the socially conservative state of 20 million.

Under Romanian law, the constitution can be changed after a proposal by the president, the government, a quarter of all lawmakers or at least 500,000 citizens.

Parliament must endorse such requests, which must then be approved in a nationwide referendum to come into force.

In June, the European Court of Justice ruled that European Union states which have not legalised gay marriage must still offer same-sex spouses residency rights equal to those of straight couples.